JOEL MADDEN joins SONG SUMMIT 2012! Currently appearing on THE VOICE as a coach, THE VOICE is a co-production between SHINE Australia and TALPA Productions screening on the Nine Network on Monday nights. Good Charlotte front man and accomplished songwriter Joel wants to share his experiences as a songwriter with an audience of his peers at SONG SUMMIT, being held at the Sydney Convention & Exhibition Centre on May 26th to 28th 2012. Joel will be interviewed "In Conversation" on Sunday 27th May at 11.45am.

Born and raised in Waldorf, Maryland, Joel first connected with Good Charlotte band members at the age of 16, where he formed it with his identical twin brother Benji and two school friends. They took the name Good Charlotte from a children's book. The band has released five studio albums: Good Charlotte (2000), The Young and the Hopeless (2002), The Chronicles of Life and Death (2004), Good Morning Revival (2007) and Cardiology (2010). The brothers released a mix tape to critical acclaim in late 2011and Joel and Benji are set to release their debut album under The Madden Brothers name this year.

Good Charlotte have sold more than 10 million albums worldwide and are best known for the singles Lifestyles of the Rich and Famous and I Don’t Wanna Be In Love (Dance Floor Anthem), which catapulted the band to global recognition in 2003.

National songwriting treasure KEV CARMODY’s mentoring role at SONG SUMMIT has now expanded to include an ‘In Conversation’ which will be led by film-maker Brendan Fletcher. Kev is highly respected as an advocate of Aboriginal and Torres Strait Islander Australia’s oral tradition of teaching and learning through storytelling. Considering himself a “conduit of stories”, Kev has collaborated with many Australian music icons, including Paul Kelly, with whom he wrote From Little Things, Big Things Grow, a song about the 1966 Gurindji strike. More recently, some of Australia’s most celebrated musicians have come together to record some of Kev’s songs - the Cannot Buy My Soul album and concerts spreading the wisdom, commonsense and evocative message in Kev’s music to a wider audience.

Kev released his first album Pillars of Society in 1988, at which time Sydney Morning Herald reviewer Bruce Elder wrote that Kev was “Australia’s Black Bob Dylan”. His second album, Eulogy (for a Black Person), released in 1991, did much to confirm this initial impression. Then, 1993, along came the album Bloodlines and the folk/protest tag fell away. As he said at the time, “To me, sound and feel come first and the lyrics after. So you could say my influences range from the howls of the dingo to the sound of a symphony orchestra. Images and Illusions followed (1995) along with 2003′s Mirrors.

Today he is back at work recording some of the backlog of songs he’s been stockpiling over the years.

The SONG SUMMIT 2012 program also will feature Screen Summit which targets emerging and established screen music writers with a series of specialised sessions led by a host of impressive screen composers and music supervisors including Grammy nominated GARY CALAMAR (music supervisor for True Blood, Dexter and Six Feet Under) and multi award winning screen composer BURKHARD DALLWITZ. These specialist sessions will focus on the challenges of composing for Film & TV, advertising, synch and games.

Please see below in bold for new additions to the speaker list for SONG SUMMIT 2012.

For more information on each speaker please go to: www.songsummit.com.au

SONG SUMMIT is part of Vivid Sydney, a unique annual festival of light, music and ideas running from May 25th to June 11, 2012.

Many thanks to our partners and sponsors of Song Summit 2012. A full list of sponsors can be found on the Song Summit website www.songsummit.com.au/partners-sponsors

• Song Summit will be held from 26 – 28th of May at the Sydney Convention & Exhibition Centre.
• The event includes a conference program, Music Market and Song Summit LIVE.
• Song Summit 2010 hosted more than 130 industry professionals, including Feargal Sharkey (UK Music); David Israelite (CEO National Music Publisher’s Association USA); Ralph Murphy
(ASCAP), and internationally-acclaimed songwriters and composers Mike Chapman (US); Sacha Skarbek (UK); Colin Hay (AUS); Stephen Schwartz (US); Robert Forster (AUS).
• More than 1000 songwriters, composers, music publishers and other music industry professionals are expected to attend the event.
• Song Summit 2012 will span a range of music genres as well as all facets of the music life-cycle from inspiration and creation through to marketing and distribution. It will cover both the art and the business of original music-making.
• The conference program will feature more than 50 presentations, panel discussions and workshops featuring celebrated creators and recognised industry experts from Australia and abroad. Topics will include the art of song-writing, new technologies, copyright, publishing, music licensing and international perspectives.

The Music Market will feature representatives from international and national music organisations, music retailers, distributors, merchandisers, manufacturers, venue owners, recording studios, music education institutions, technology companies, record companies and music publishers.
• Song Summit LIVE will include local and international singer/ songwriters and will run throughout the entire event. Performers will be handpicked by a panel of industry representatives and music peers and are sure to deliver a dynamic and inspiring range of performances.
• Song Summit promotes sustainable events.

APRA|AMCOS work to ensure that songwriters, composers and music publishers are rewarded whenever and wherever their musical works are played, performed or reproduced. We also help
Australian & New Zealand music consumers get access to the world’s musical repertoire.

Australasian Performing Right Association Limited (APRA) was established in 1926 and now administers the performing and communication rights of 68,000+ composer, songwriter and music publisher members in Australia and New Zealand. Public performances of music include music used in pubs, clubs, fitness centres, shops, cinemas, festivals, whether performed live, on CDs or played on the radio or television. Communication of music covers, music used for music on hold, music accessed over the internet or used by television or radio broadcasters.

Australasian Mechanical Copyright Owners Society Limited (AMCOS) collects and distributes mechanical royalties for the reproduction of its 9,500+ members’ musical works for many different purposes. These include the manufacture of CDs, music videos and DVDs, digital downloads and the sale of mobile phone ringtones, the use of production music and the making of radio and television programmes. Since 1997, APRA has managed the day-to-day operations of the AMCOS business. 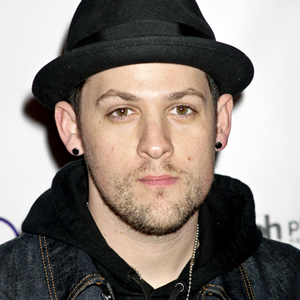