Joss Stone and Paul Dempsey perform “Throw Your Arms Around Me”
Link: http://www.youtube.com/watch?v=crkRBkBJ_RY
STUDIO, as seen on Foxtel and Austar, is delighted to bring Australians the closing night concert of the Melbourne Festival 2011, notes from the hard road and beyond. The exclusive concert broadcast is part of the ‘Season Ticket’ program that has presented six world television premieres on the popular arts channel this year.
To catch it tune in to STVDIO at 8.30pm Friday November 25. Notes from the hard road and beyond is a night of protest songs from throughout the ages.
Soul singer Joss Stone (UK) headlines a concert of celebrated international performers including gospel legend Mavis Staples (US), Rickie Lee Jones (US), Something for Kate’s Paul Dempsey, John Schumann and hip hop artist Emmanuel Jal (SUD).
The stage is Melbourne’s Sidney Myer Music Bowl, not far from where the Melbourne protests against greed have been going on for close to a month.
Some of the themes include abolition to the civil rights movement, women’s suffrage to the anti-war sentiments of the 1970s. The concert features music by Billie Holiday, Bob Dylan, Woody Guthrie, Leonard Cohen, Pete Seeger and Green Day.
It's about celebrating freedom, but we suspect some will find other meaning also. Australia’s  Black Arm Band also join the movement. We've been tipped off that it also celebrates the human spirit and the power of voice to change the world.
Media blurb from Studio - World Movies reads...
Mavis Staples (US) A member of gospel and soul legends The Staple Singers, Mavis Staples' personal and musical history is enmeshed with the US civil rights movement and the life of Dr Martin Luther King. She sings This Land Is Your Land and the Staples Singers’ hit Freedom Highway. View the clip online here.
Joss Stone (UK) Joss Stone is a soul singer-songwriter who at only 24, has sold more than 11 million albums and won two Grammys. She brings her soul vocal talents to I Am Woman, Feeling Good and I’ll Take You There alongside Mavis Staples.
Rickie Lee Jones (US) Rickie Lee Jones returns to Melbourne at the invitation of The Black Arm Band to sing a haunting rendition of Somewhere with Archie Roach.
International Stars Lead Protest Songs To Stir Viewers On STVDIO
2.11.2011
Paul Dempsey Founder of Something For Kate, Melburnian Paul Dempsey recently launched his solo album Everything Is True. He performs Green Day’s political hit American Idiot and an emotional duet of Throw Your Arms Around Me with Joss Stone.
Emmanuel Jal (SUD) Born into the life of a child soldier in Sudan, Emmanuel Jal survived unbelievable struggles to emerge as a world-acclaimed hip-hop artist, spreading a message of peace and understanding. He performs Emma, his dedication to the rescuer who smuggled him out of war-ridden Sudan.
The Black Arm Band This coalition of Australian musicians includes iconic elder statesman Archie Roach, senior songman Shane Howard, yidaki virtuoso Mark Atkins and songstress chorus including Lou Bennett, Emma Donovan and Shellie Morris. Archie Roach performs a heart-wrenching acoustic version of Nick Cave’s Into My Arms.
John Schumann Legendary singer-songwriter John Schumann’s 1980s protest song I Was Only Nineteen captured the horror of the Vietnam War and the hearts of public worldwide.
Write this down: Friday 25 November 8.30pm World Television Premiere of 'Notes from the hard road and beyond'. 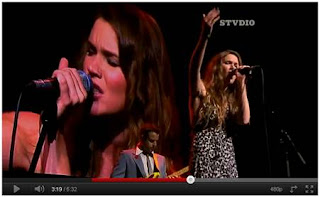 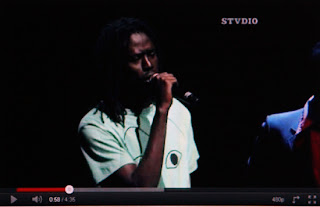