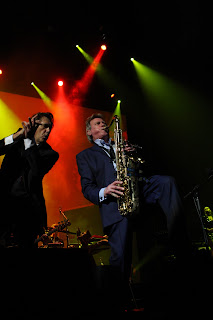 Photography by Eva Rinaldi
Roxy Music rocked the house tonight - the house being the iconic Sydney Entertainment Centre, confirmed for demolition in about a year occurring to various Australian media reports.
Who could have missed the sharp dressing and handsome one - Bryan Ferry, who has being doing the media rounds in Australia over the past few days.
Yes, Australia certainly seems to be hooked on the Ferry 'love drug', and judging by tonight, we seem to have caught 'Roxy Fever' in a big way too.
Roxy Music showed Sydney just why they are seen as one of the most influential art rock bands of all time.  Ferry is essentially an artist, plus performer and musician, and since 2001 has reunited with the band - Phil Manzanera (guitar), Andy Mackay (saxophone and oboe) and Paul Thompson (drums and percussion). This arty and unique blend is yet another classic example of the ongoing resurgence of 80's popular music.
My favorite performances tonight were Avalon and Jealous Guy.
Oh, the rumour mill has been buzzing that Elle Macpherson aka 'The Body', was spotted backstage, and later seen jumping into a limo with Ferry, but its only a rumour and not confirmed. In days prior the two had been publicly spotted together, albeit at Ferry's CD and book signing at Myer Sydney, but only a fool would have thought it was all business - it was most definitely business with pleasure, pleasure being something Mr Ferry knows a thing or two about, judging by one or two of his hits.
For the record, the Sydney Entertainment Centre appeared to be close to capacity, and many of the paying public took up the 2 for the price of 1 offering, and in Sydney on a hot, sexy Friday night, that's not particularly surprising.
Ferry did perform some numbers from his new release, 'Olympia', but for my money you can't beat the classics.
Ferry and the band engaged with the audience and genuinely looked like they were really enjoying performing for Sydney.  If they keep up the standard, the rest of their Australian tour will be a success.
Thank you Roxy Music for giving it your all, and I dare say that for many folks in Sydney you have set the scene for a Roxy, loving Friday night and weekend.
We shall look forward to you doing Sydney again, but the question has to be asked... next tour, will it be Elle, Olympia (Kate Moss), or another lucky lady clutching onto Ferry.
'Let's stick together' you say. I say "Australia will stick by you for as long as you continue to brilliantly entertain us." Long live your music, Roxy style. 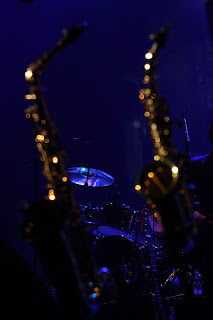 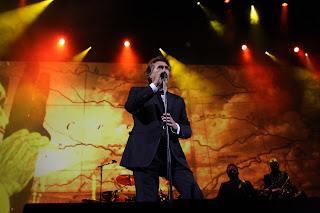 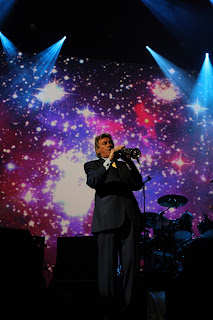 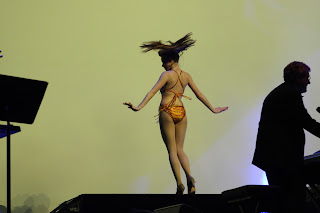 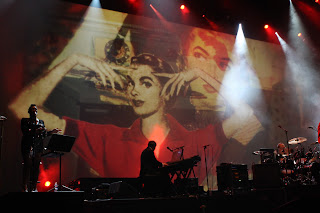 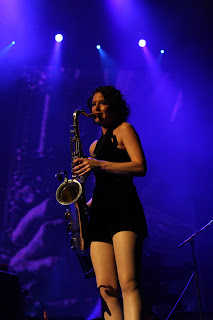 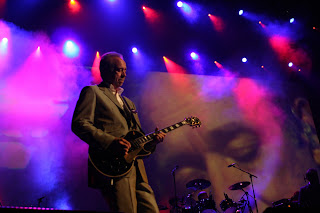 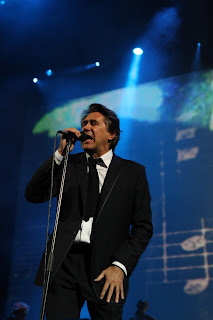 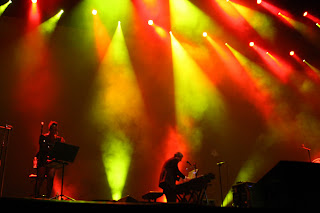