Yesterday it was Marvel Comics - Marvel Entertainment themed garments from Romance Was Born' that attracted a lot of talk, traffic, eyeballs, media attention and chequebooks we understand, but today the buzz was more evenly spread around.

First some goss and background...

Unusual garments, a swag of celebs and strong buzz helped ensure it was the biggest day of the entire festival, with at least eight of our most prominent designers up against each other in the race for best guest list and media coverage.

For swimwear label Lisa Maree it meant putting on a parade in a venue that was only half-full, while Gail Sorronda can expect tough reviews from international blogging delegates Bryanboy and Tim Blanks who were both whisked away by security. OMG.

A kaftan for men aka mantan, did the trick for this young man to get the eye of the ladies, press and just about everyone else.

Strutting down the Sydney catwalk for Camilla Franks' "Gypset" parade...which was pitched as the biggest of the week, featuring 45 models - male model Simon Nicholas debuted the overdress that reminded me of native American Indian wear.

As far fetched as it may seem attempting to flog it to average Australian men, Franks swears they might just become the next big thing around BBQ's and the like.

"I've lived in India for half my life almost so it's not out of the ordinary for me to see men dress like this," said Franks, who has built an empire designing loud and intricately detailed kaftans.

"They could really take off here. Guys could wear them to the beach, a barbecue ... wherever they want. I sold a lot at Mardi Gras this year, that's for sure."

Gypset is all about “fusing the wild and inconventional ethos of a gypsy with the sophistication and speed of the jet setter,” states the press release. We're not going to argue about it - totally agree with the description Camilla.

The mega event - running through to Friday and including a massive 52 fashion spectacles - was kicked off by cool, funky and futuristic pulp duo Romance Was Born, who exchanged their usual wears with a more consumer-friendly range, as we understand it.

Today we witnessed collections of Zimmerman, Matcevski, Jayson Brundson and Bowie, with Ellery, Oroton, Carl Kapp and Akira coming later in the week.

Rachael Finch took out our most happening heels award yesterday, thanks to her seriously spiky Christian Louboutins.

Not to anyone's real surprise, Hemmes enjoys eyeing models as much as the next guy. We also hear that he has quite a fetish for human statue models and effects, so he must have been in heaven today with the statue like models and exhibits that designers whipped up. Hemmes is understood to be once again considering using some human statues for more of his outstanding nightclub promotions. Guess he will be scouting talent aka models who enjoy the statue thing as well as a good dash of bodypaint.

Well done MBFWA... more great days like this one please - substance, style, unique and world class all round.

NSW Deputy Premier and Minister for Trade and Investment Andrew Stoner today joined some of Australia’s most glamorous fashion industry identities to announce an exciting new Fashion Ambassador initiative for Mercedes-Benz Fashion Week Australia 2012, which runs from 30 April to 4 May.

“These designers are all well-known throughout Australia and the world for their signature designs – Camilla Franks for her colourful graphic prints, Camilla Freeman-Topper for modern silhouettes with her brother Marc, Dion Lee for his structured tailoring, Rachel Gilbert for her luxury embellishments, and Terry Biviano for her highly coveted shoe designs.

“I am also pleased to announce the NSW Government, through Destination NSW, has secured some of the world’s most influential fashion media to attend Mercedes-Benz Fashion Week Australia.

“This week our Fashion Ambassadors will provide our guests with a personal tour of Sydney. They will help tell the Sydney fashion story and position this city as a global fashion and design hub.

“The Fashion Ambassadors will introduce them to their favourite places to shop, eat, drink and play, as well as give them a sneak peek inside their studios.

“With hot spots like Icebergs at Bondi Beach, The Winery on Crown Street and Australian designer precinct The Intersection in Paddington on the itinerary, Sydney is sure to shine as the place to be for world-class fashion, entertainment and lifestyle.”

The NSW Government, through Destination NSW, is a major supporter of Mercedes-Benz Fashion Week Australia, which is a major highlight on the NSW Events Calendar.

“Fashion is an important industry for NSW, employing some 66,000 people across design, manufacturing, wholesaling and retailing, and generating income of around $7.4 billion each year,” Mr Stoner said.

“Thirty-seven per cent of Australia’s creative industries are based in NSW with around 150,000 people in NSW directly employed in this sector, whether in film, music, design or fashion.”

Peter Levy, Senior Vice President & Managing Director of IMG Fashion Worldwide, said, "Mercedes-Benz Fashion Week Australia is excited to partner with Destination NSW to bring such an incredible line up of international guests and to present to them a world-class program of designer shows and unique Sydney experiences to showcase true Sydney style, both on and off the catwalk."

Camilla Franks said, “There’s not many places in the world like Bondi, where you can step straight from the beach into small bars, world class restaurants and boutiques. Sydney is an amazing city full of colour and inspiration for all that I design. I’m really excited about becoming a NSW Fashion Ambassador to spread the word on how beautiful it is to live and work here.”

Camilla Freeman-Topper said, "The Sydney Fashion Ambassador initiative is an exciting opportunity to promote the wealth of labels that Australia has to offer. I'm looking forward to taking Rumi Neely around Sydney and sharing my favourite places and quintessential Sydney experiences with her."

Dion Lee said, "Sydney’s relaxed environment and outdoor lifestyle encourages a unique creative scene. I feel that this individual point of view is what makes Sydney based labels of such interest to international markets such as Europe."

Rachel Gilbert said, “These days many international celebrities head straight to The Intersection in Paddington after touching down in Sydney, snapping up the latest offering from Sydney-based designers. Sydney has an exciting fashion, dining and arts culture, making our city the perfect stop for the stylish traveller.”

Terry Biviano said, “It’s great to see the NSW Government put the spotlight on the fashion industry here in Sydney by bringing out some of the world’s most high profile fashion bloggers for Fashion Week.”

During Mercedes-Benz Fashion Week Australia, NSW Trade & Investment will for the first time, in partnership with IMG, the Council of Textile and Fashion Industries of Australia (TFIA) and Austrade, actively match export-ready fashion designers with national and international fashion buyers and media representatives in a purpose-built business lounge on-site at the Overseas Passenger terminal. 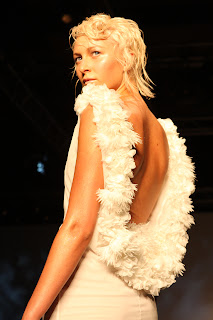 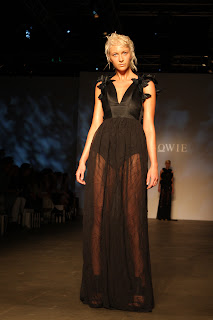 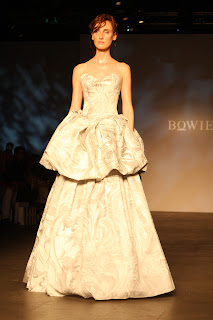 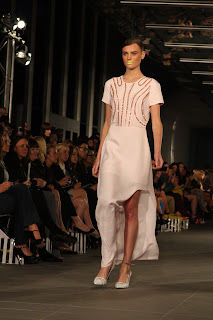 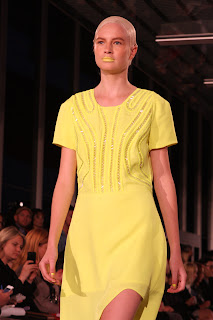 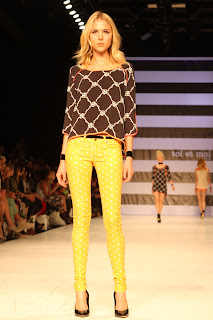 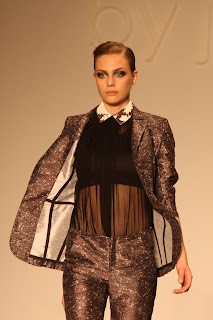