An Officer and a Gentleman The Musical To Play Sydney Lyric Theatre, The Star


Today a rehearsal and performance of some of An Officer and a Gentleman took place at the ABC in Ultimo, just down the road from the Sydney Lyric Theatre, The Star, where the show will officially open to the general public on 18th May 2012.

In association with Paramount Pictures and Warner Bros Theatre Ventures

Based on the hugely successful Academy Award-winning film, this new production has been adapted for the stage by the original screen writer, Douglas Day Stewart and co-writer Sharleen Cooper Cohen, with music and lyrics by Kenny Hirsch and Robin Lerner. It will be produced by Sharleen Cooper Cohen and John Frost, and directed by Simon Phillips (Priscilla Queen of the Desert The Musical).

The talented cast that will bring this timeless story to life includes Ben Mingay (Jersey Boys) as Zack Mayo, the classic angry young man who grew up in a "sewer" and dreams of flying jets and parlaying this skill into a better life; Amanda Harrison (Wicked) as Paula Pokrifki, the young factory worker who dreams of becoming a nurse and finding a better life without selling out for it, like everyone around her; Kate Kendall (Next to Normal) as Lynette Pomeroy, Paula's best friend who is determined to marry a flier to escape her dead end life, no matter what it takes; and Alex Rathgeber (The Phantom of the Opera) as Sid Worley, the likeable Okie son of a Navy Admiral who is the class "superstar" at the Naval Academy.

A hit across the ages, the 1982 film has become a phenomenon in cinema history, recently listed by the American Film Institute as one of the top ten love stories in cinema history. Featuring the iconic hit song "Up Where We Belong" and a new score by hit song writer Ken Hirsch and Grammy nominee Robin Lerner this timeless tale of struggle, success, friendship and love promises to be the musical blockbuster of 2012.

An Officer and a Gentleman is a triumphant story of working class heroes surviving great tests; a classic modern day love story about a working class boy and girl who must overcome their upbringing and personal weaknesses to accept life and love.

His Story, Her Romance. 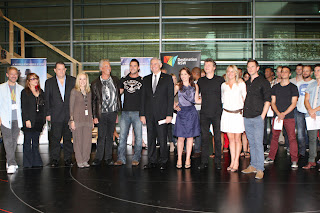 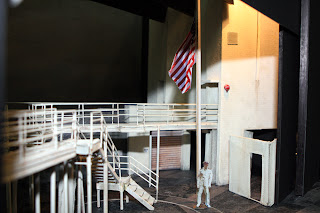 An Officer and a Gentleman - The Musical official website
www.anofficerandagentleman.com.au