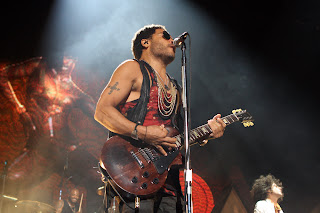 Hungry for some Lenny Kravitz news? Wait no longer... no time for games fans.

McManus Entertainment and the world famous Sydney Entertainment Centre have brought together three of the greatest bands anywhere - Lenny Kravitz, The Cranberries and Australia's own Wolfmother.

The anticipation of music lovers in Sydney has been building and was further fuelled along by the announcement of promoter Andrew McManus...

"Not only will rock fans around Australia get to enjoy these three great artists, highlights of Lenny’s performance will be broadcast around the world via the F1 Rocks network to a huge international audience. It’s been 18 years since Lenny Kravitz last toured Australia. Lenny is an international superstar and it’s a pleasure to bring him back here. And it’s perfect timing for those that are at the Grand Prix in Melbourne. Fans can conveniently walk over from the track to the Sidney Myer Music Bowl and enjoy a great night of rock in Melbourne".

Come On Get It
Always On The Run
American Woman
It's Over Till It's Over
Mr. Cab Driver
Black And White America
Fields Of Joy
Stand By My Woman
Believe
Stand
Rock And Roll is Dead
Rock Star City Life
Where Are We Running
Fly Away
Are You Gonna Go My Way
Let Love Rule

Get ready to rock Australia! McManus Entertainment in association with F1 Rocks is thrilled to announce the return of rock icon Lenny Kravitz to Australia in March 2012. Marking his first concert appearance in the country in 18 years, Lenny will be joined by Irish chart-toppers The Cranberries, and Aussie rockers Wolfmother. In addition to playing Melbourne’s Sidney Myer Music Bowl during the Australian Grand Prix weekend, Lenny Kravitz, The Cranberries and Wolfmother will also be playing shows in Sydney, Wollongong, Brisbane and Perth.

“Not only will rock fans around Australia get to enjoy these three great artists, highlights of Lenny’s performance will be broadcast around the world via the F1 Rocks network to a huge international audience. It’s been 18 years since Lenny Kravitz last toured Australia. Lenny is an international superstar and it’s a pleasure to bring him back here. And it’s perfect timing for those that are at the Grand Prix in Melbourne. Fans can conveniently walk over from the track to the Sidney Myer Music Bowl and enjoy a great night of rock in Melbourne,” says promoter Andrew McManus.

Regarded as one of the preeminent rock musicians of our time, Lenny Kravitz has transcended genre, style and class into a 20-year musical career, one which revels in the rich influences of '60s and '70s soul, rock and funk. Lenny Kravitz is a four-time GRAMMY Award winner and has sold more than 35 million albums worldwide. The artist’s multiple talents as a writer, producer and multiinstrumentalist have resonated through eight studio albums into a timeless catalogue. Lenny Kravitz released his ninth studio album earlier this year, Black and White America (out now through Roadrunner Records). Marking his first release of new material in three years, Black and White America is a rich rock and funk-infused collection filled with Lenny’s signature guitar riffs, compelling melodies and the undeniable anthemic lyricism that has been his trademark over the course of his 20-year career. In addition to the release of his new album, Lenny Kravitz will appear in the upcoming motion picture "The Hunger Games" set for release in March 2012.

“I am excited to return to Australia after so many years away,” says Lenny. “It's going to a great show and I cannot wait to see all my fans there. We are going to bring it!”

The Cranberries, fronted by Dolores O’Riordan, lit up the charts around the world for more than a decade with classics such as Linger, Dreams and Zombie. They have sold more than 30 million records and have had two number one albums in Australia, No Need To Argue (1994) and To The Faithful Departed (1996). Other live favourites include Free To Decide, When You’re Gone, Salvation, Ode To My Family and Ridiculous Thoughts. After taking a few years off to raise their families, the band are thrilled to be back with their new album, Roses (released next year through Shock Records on February 10), their first record in more than ten years since Wake Up And Smell The Coffee in 2001.

In 2007 Aussie rockers Wolfmother won a GRAMMY Award for Best Hard Rock Performance for their single Woman. This followed ARIA Award wins for Best Group, Best Breakthrough Album and Best Rock Album for their debut self-titled album. The album Wolfmother has been certified 5 x Platinum in Australia (as well as Gold in the US, UK and Canada). Their latest album, Cosmic Egg, was released in 2009 and debuted at number three in the Australian charts (as well as charting in Europe and US).

Lenny Kravitz opened up about his character in The Hunger Games, and he explained why wanted to play the role of Cinna. Lenny further opens up further about his role, and the man who inspired his performance!

"I actually have a friend who is a dancer who is bisexual, and he was a lot of inspiration for my speech pattern and my rhythm, and kind of the way I sauntered in and out a little bit."

"I'll be quite frank with you — I didn’t know about Hunger Games — so when I'm telling kids and they say, 'Who are you playing?' and I say Cinna, they go, 'Oh you're playing the gay guy.' That was an actual answer. I've never brought that up yet. That's how they perceived it. So I thought about it, and I read the book and I don’t see that he is or isn't [gay]. He's a designer, he's a stylist, he has gold eyeliner—that doesn't mean anything either way."

"The question was how far do we go with him. The idea was to pull it back and create a character that's more like a Tom Ford or an Yves Saint Laurent so he wouldn’t be too outrageous. He's classic, he's got his gold. I kind of played him in the middle."

We would like to say a big thank you to everyone who has been diligently working away in putting this awesome concert together... especially the good folks at Flourish PR and McManus Entertainment. 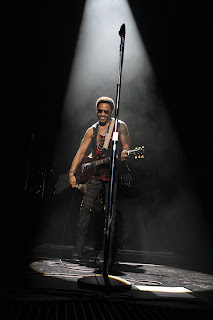 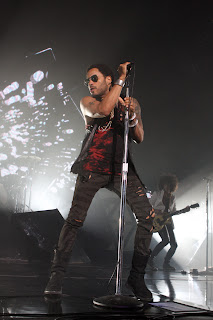 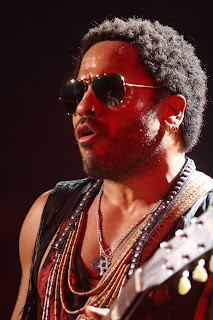 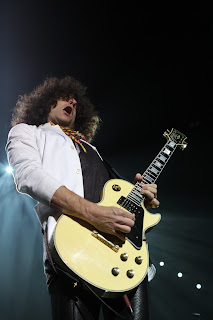 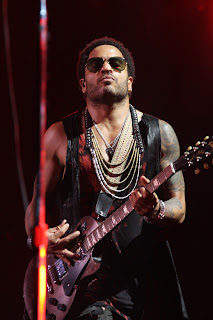 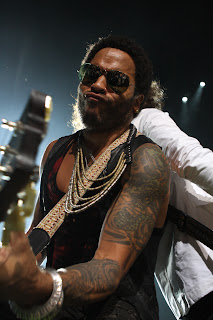 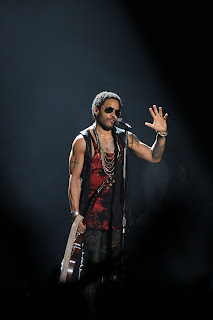 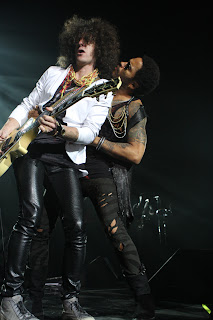