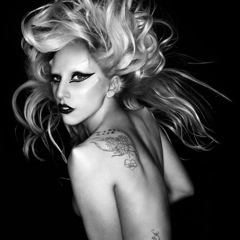 AND MELBOURNE! DUE TO OVERWHELMING DEMAND
livenation.com.au
Under strict embargo until 6am AEDST Thursday February 23
Melbourne, Australia – February 23, 2012 – Following last week’s overwhelming national on-salerecording multiple sell out shows The Lady Gaga Born This Way Ball has confirmed additional tour dates in Australia and New Zealand.
Promoters Live Nation and Michael Coppel announced today that a 3rd and final show has beenconfirmed for June 10 at Vector Arena in Auckland, a 3rd show has been confirmed for June 16 atBrisbane Entertainment Centre, 4th shows have been confirmed for June 24 at Allphones Arena in Sydney
and July 1 at Rod Laver Arena in Melbourne, and a 2nd and final show has been confirmed for July 8 at Burswood Dome in Perth. Tickets for all shows announced today go on sale to the public Friday, March 2nd at 12pm.
5-time Grammy Award winner LADY GAGA is set to make her triumphant return to the stage with herBorn This Way Ball. In this brand new tour, Gaga will perform her latest album Born This Way as well as music from both The Fame and The Fame Monster. The Born This Way Ball, produced globally by Live Nation, will begin on April 27th, 2012 in Seoul, South Korea, and will travel the globe including cities that Gaga has never played before.
Lady Gaga’s last tour – The Monster Ball – captivated audiences around the globe, receiving ravereviews in every city. The Sun called it “the best live show you will see this year,” and the Pollstar Concert Industry Awards named it the Major Tour of the Year.
"The Haus of Gaga and I have worked for months conceiving a spectacular stage,” said Mother Monster. “THE BORN THIS WAY BALL is an Electro-Metal Pop-Opera; the tale of the Beginning, the genesis of the Kingdom of Fame. How we were birthed and how we will die celebrating.”
The Born This Way Ball will be Lady Gaga’s first tour since the release of her album Born This Way (Streamline/Konlive/Interscope), which has sold nearly 6 million copies worldwide since its release in May 2011. The album is the follow-up to back-to-back Grammy Award-winning albums 2009’s The Fame Monster, and 2008’s The Fame. Combined, The Fame and The Fame Monster have sold 15 million albums worldwide, while Lady Gaga’s hit singles have combined sales of over 65 million worldwide.
Gaga was named Forbes' Most Powerful Woman in the World 2011 and was included in Time's annual "The 2010 Time 100" list of the most influential people in the world. With over 2.2 billion combined views of all her videos online, Lady Gaga is one of the biggest living people on Facebook with over 47 million ‘likes’ and is #1 on Twitter with nearly 19 million followers. Lady
Gaga is the only artist in the digital era to top the 5 million sales mark with her first two hits.
Tickets for The Born This Way Ball newly announced shows go on sale beginning Friday March 2, 12pm at livenation.com.au. Tickets to all Australian shows are available through ticketek.com.au 132 849, New Zealand tickets are via ticketmaster.co.nz 9970 9700. 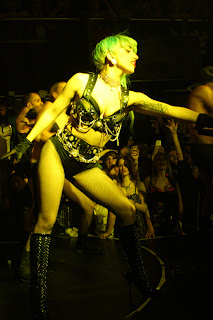 About Michael Coppel Presents:
Presenting a variety of artists from all genres of contemporary music Michael Coppel Presents each year promotes several hundred concerts throughout Australia and New Zealand, and has produced many major open air festivals, stadium shows and theatrical seasons. Michael Coppel has toured Lady Gaga twice previously in Australia and New Zealand and welcomes the continuing association with live Nation Global Touring in presenting the return of Lady Gaga. 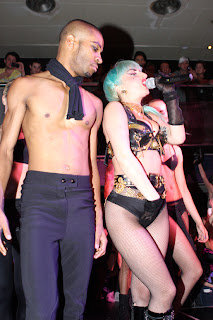