Alan Jones Joins Cast Of Annie The Musical At Lyric Theatre; The Star 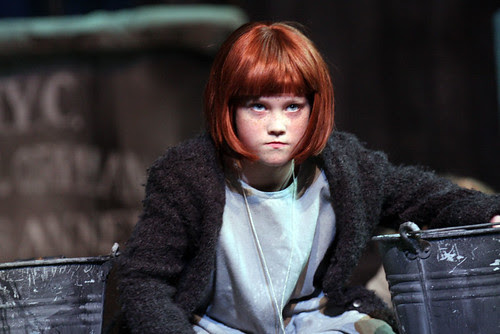 Annie The Musical, a photo by Eva Rinaldi Celebrity and Live Music Photographer on Flickr.
Via Flickr:
Alan Jones Joins Cast Of Annie The Musical At Lyric Theatre; The Star


The Star, owned and operated by Echo Entertainment, has organised a media call for this coming Tuesday 3rd January at the Lyric Theatre.
We will be attending to cover the ever-popular Broadway musical Annie prior to the official opening night of the show at 7pm on Thursday January 5, 2012.
Three musical numbers from the show will be performed, and afterwards producer John Frost and lead cast members Anthony Warlow, Nancye Hayes, Todd McKenney, Chloe Dallimore, Julie Goodwin and Alan Jones will be giving interviews and be available for photograph opportunities and more.
The musical numbers will be:
It’s the Hard Knock Life – featuring the children’s cast
Easy Street – featuring Nancye Hayes, Todd McKenney and Chloe Dallimore
A New Deal for Christmas – featuring Anthony Warlow, Julie Goodwin, Alan Jones and the ensemble cast.
Based on the popular Harold Gray comic strip “Little Orphan Annie”, the musical Annie burst into popularity in 1977 when it opened on Broadway. After running there for nearly six years, it has played in over 22 countries worldwide including the UK, Argentina, Japan, Germany, Sweden, Spain and Australia. Annie became a smash-hit movie musical in 1982 starring Aileen Quinn, Albert Finney and Carol Burnett that is adored worldwide and a fixture of popular culture references.
Annie is full of toe-tapping hits which have become staples of musical theatre repertoires worldwide and now, 34 years on, it remains one of the most loved and universally appealing musicals of all time.
Annie plays in Sydney until March 25 before a national tour.
It all marks another interesting development in the Australian casino wars, as agency, Media Man has been calling it for a few years now, and it will be interesting to see how Melbourne based competitor of The Star, Crown Casino, responds with their entertainment line up, which is also ramping up on the west coast on Australia with the newly named Crown Perth (formally Burswood Entertainment Centre).
The battle for the Australian entertainment dollar continues, and certainly Sydney's The Star is going full speed ahead and betting that world class entertainment will remain paramount in the quest to bring more punters to land based casinos and entertainment complexes.
Media blurb we secured...
The timeless tale of Little Orphan Annie is back, giving a whole new generation the chance to experience this classic musical about never giving up hope. Boasting one of Broadway's most memorable scores, including It's the Hard-Knock Life, Easy Street, N.Y.C. and the ever-optimistic Tomorrow, Annie is one of the most awarded and loved musicals of all time. Reprising one of his all-time favourite roles as the charismatic and sophisticated New York ‘zillionaire' Daddy Warbucks, is Anthony Warlow. He will be joined by the ever-popular Nancye Hayes playing everyone's favourite villain, Miss Hannigan. Todd McKenney, Chloë Dallimore and Julie Goodwin also bring their talents to this delightful musical. And in a special treat, radio star Alan Jones will join the cast in the role of Franklin D. Roosevelt.
A MESSAGE FROM PRODUCER JOHN FROST
It gives me great pleasure to bring ANNIE back to Australian audiences. When I produced this show 12 years ago I was overwhelmed by the response it received. ANNIE is such a well known, well loved production that appeals to so many different age groups. Its popularity means that it is staged once a year in many countries around the world, and I have no doubt that the Australian audiences are well and truly ready to see it again.
This time around, I am especially delighted to be able to work once more with Australia's favourite leading man, Anthony Warlow and theatrical legend Nancye Hayes.
To be taking this wonderful show and the star studded cast on tour in 2012 presents a unique and exciting opportunity to reach a new generation of Australians and it gives me enormous pleasure to think that people Australia wide will again be able to experience this special production.
Websites
The Star
http://www.star.com.au/
Annie The Musical
http://www.anniethemusical.com.au/
Lyric Theatre
http://www.lyrictheatre.com.au/
Eva Rinaldi Photography Flickr
www.flickr.com/evarinaldiphotography
Eva Rinaldi Photography
www.evarinaldi.com
IP Publicity
http://www.ippublicity.com.au/
Media Man News
http://www.mediamannews.com/
Casino News Media
http://www.casinonewsmedia.com/
Music News Australia
www.musicnewsaustralia.com
Posted by Eva Rinaldi at Tuesday, January 03, 2012