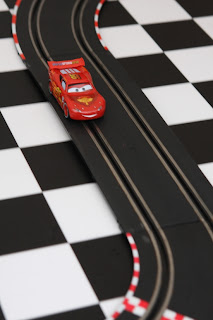 The Entertainment Quarter aka Fox Studios, Moore Park, Sydney, saw in the Australian premiere of Cars 2 today.
The Hoyts Plaza Theatre was abuzz with excitement and reved up Cars fans.
The weather outside was cold and rainy but the excitement was fast and thrilling.
The red carpet (actually black to fit in with the theme), was a touch short of celebrities and star power, but high on substance and fun for kids of all ages.
There was an interesting mix of celebs and well known folks on hand headed up by Australia V8 Supercars driver Mark 'Frosty' Winterbottom, champion runner Matt Shirvington, Richard Wilkins (Channel 9), Angela Bischop (Network 10) and Mack Trucks Australia managing director, Bean Bestwick ....who we later conducted an interesting and rare video interview with.
It needs to be said that 'Frosty' was so giving to the kids and media on hand and went above and beyond the call of duty. He was also good enough to grant Music News Australia a video interview that both Cars fans and motorsport followers will enjoy.
Ok, now into the films storyline...
Star racecar driver Lightning McQueen and the incomparable tow truck Mater take their friendship to exciting new places when they head abroad to compete in the first-ever World Grand Prix to discover who has the the world's fastest car.
The road to the championship is filled with plenty of bumps, detours and super funny surprises when Mater gets dragged into an intriguing adventure of his own:  international espionage. Torn between assisting Lightning McQueen in the prestigious race and towing the line in a top-secret spy mission, Mater's wild journey leads him on an explosive chase through the streets of Japan and Europe, followed by his mates and watched by the whole world. Adding to the fast-paced and wacky fun is a colorful new all-car cast that includes secret agents, menacing villains and international racing competitors.
Down To Business...
Cars 2 is a 2011 American computer-animated film produced by Pixar Animation Studios, and it is the sequel to the 2006 film, Cars. In the flick, racecar Lightning McQueen (voiced by Owen Wilson) and tow truck Mater (voiced by Larry the Cable Guy) head to Japan and Europe to compete in the World Grand Prix. The film is directed by John Lasseter, co-directed by Brad Lewis, written by Ben Queen, and produced by Denise Ream. Cars 2 is also the first movie John Lasseter has directed since the release of the original Cars in 2006. The film is being distributed by Walt Disney Pictures and will be released in the United States on June 24, 2011 and the United Kingdom on July 22, 2011. The movie will be presented in Disney Digital 3D and IMAX 3D, as well as traditional two-dimensional and IMAX formats. The flick was first announced in 2008, along side Up, Newt, and Brave (previously known as The Bear and the Bow), and it is the 12th animated film to date by Pixar Animation Studios. The recipe is a winner.
V8 Supercars Ford driver Mark 'Frosty' Winterbottom's to star in Disney Pixar's Cars 2...
Ford Performance Racing V8 Supercar driver Mark Winterbottom will become the first ever Australian sportsman to be cast in a Hollywood blockbuster movie when he voices a character in the Disney Pixars Cars 2.
Winterbottom, who's wife Renee recently gave birth to their first child, character will be called ‘Frosty’ (after his real life nickname) and will have an Australian themed aspect.
The film will start showing in Australian cinemas on June 23 and the plot will see NASCAR-like character ‘Lighting McQueen’ (voiced by megastar Owen Wilson) invited to compete in a World Grand Prix to race against the fastest cars in the world in Japan, Italy and the U.K.
‘Frosty’ will be seen in the scene before the race where he will be the Aussie representative and meets Lighting McQueen.
Winterbottom told the press: "It was an awesome opportunity that comes along once in a lifetime and seeing the character on the big screen for the first time will be an amazing feeling".
"I’m a huge fan of the original Cars, it is a movie I’ve watched countless times and I just can't wait for Cars 2".
Winterbottom is also the official Cars Truck Tour Ambassador with Mack The Transporter which will appear at some V8 Supercars events, Mack dealerships, shopping centres and events and across Australia.
Cars 2 is big and newsworthy, be it for entertainment value, smart marketing ideas and borrowing a few branding and sponsorship concepts from ultra successful Hollywood film franchise James Bond. It's a classy and impressive effort that should leave both fans and critics very happy with the end result. The finished product is as good as the first Cars, if not more so. We're reved up about this one and you should be too. 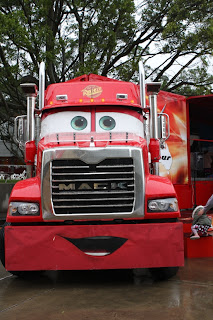 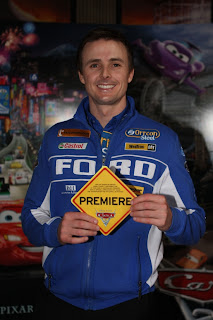 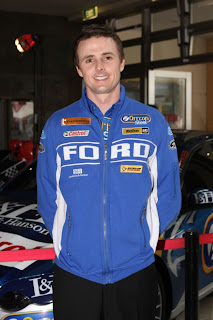 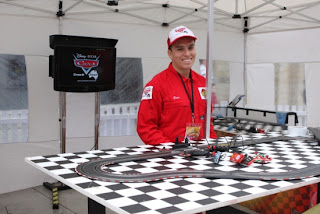 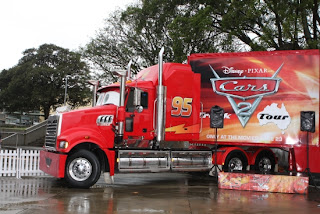 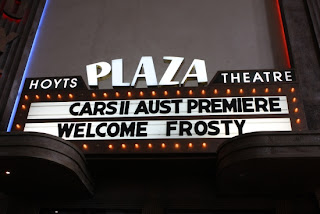 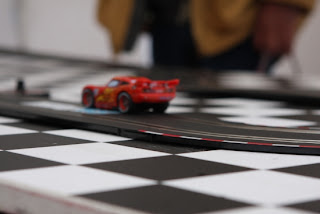 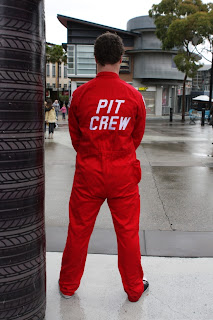 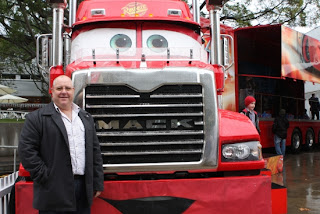 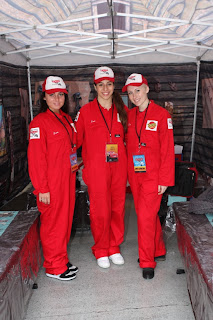 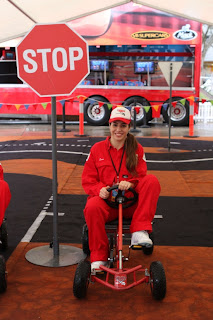