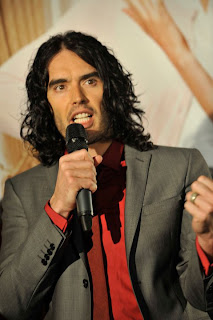 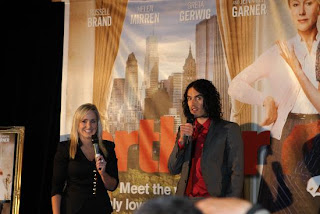 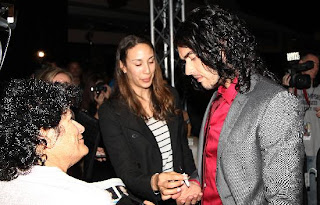 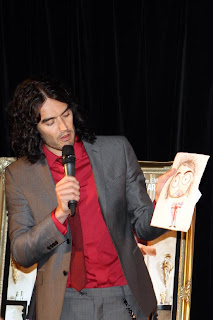 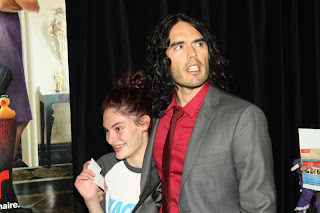 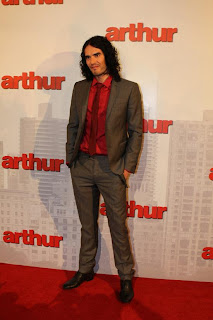 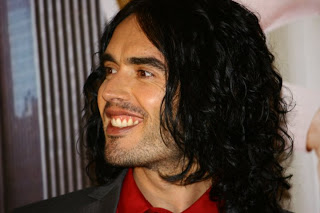 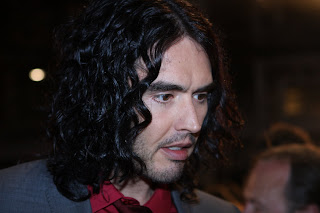 Russell Brand
Bondi Junction's Westfield - Event Cinema to be precise, was swamped by thousands of fans and dozens of photographers, paparazzi and security guards from 7pm earlier today.

Brand, now frequently billed as the 'world's funniest man', was in fine form and was extremely generous with fans and the press, frequently stopping to chat on his slow walk down the red carpet.
I hear Mr Brand is off the drugs and booze - at least the hard stuff, but he's taking a liking to caffeine. He told press "I need caffeine. (I keep up) through artificial stimulants that are legally available through hot drinks. I am, one day at a time, still off the booze. I don't have alcohol in my life."
The funnyman is married to Katy Perry, but also on Thursday at the Sydney press conference admitted his love for co star Helen Mirren, and his choice of words indicated they were romantically linked.
Arthur, a remake of the 1981 classic starring Dudley Moore, sees the comedy genius star in the title role - a lovable but pretty hopeless billionaire set to lose all of his inheritance if he doesn't enter into an arranged but loveless marriage.
I loved Russell, as did my camera lens and special needs creative arts students. I would also like to make a big public thank you to Nathan and the team at Paramount Pictures who made tonight possible for my group and I. The act of generosity, warmth and understanding was an outstanding thing to come out of the otherwise often cut throat showbiz industry.
In a touching moment Brand accepted a hand made sketch by a teenage artist and publicly congratulated her on her gift, made jokes about how it might be worth a lot more if something happened, but went on to say to the young lady to stick with the art and that she had a lot to offer the world.
Paramount and Team Brand showed tremendous leadership tonight which many think will be returned to them ten fold. The right mix of fun, ability and the personal touch has been put into the production and promotion, and despite some mixed reviews coming out of the U.S, both Brand and Arthur already have hit written all over them for Australian audiences, and no  I'm not being too rich with the accolades. If an actors heart could ever be measured financially, Brand's is that of Billionaire ranking.
Arthur will open to general audiences in Australia on April 21. 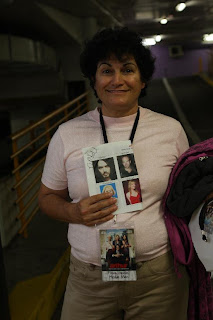