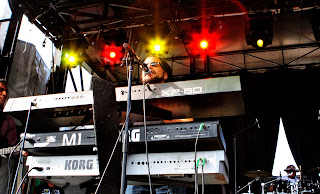 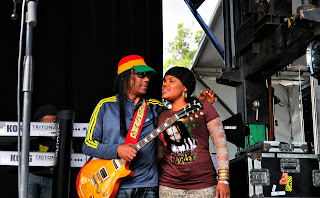 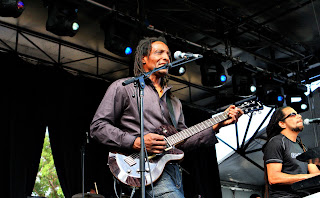 Bob Marley and the Wailers have sold more than 250 million albums over the past 40 years and it has been his band that has helped create this international success.

Now many of Marley's legendary musicians, together with other renowned reggae sessionmen, have now reformed under the title of The Original Wailers. It was these celebrated musicians who gave Marley the platform for his explosive brand of roots rock reggae, and audiences will be delighted to learn that the magic and commitment's still there, all these years later.

Keyboard player Earl "Wya" Lindo first joined the Wailers with Peter Tosh and Bunny Wailer in 1973, at the time when the Wailers' debut album for Island Records, Catch A Fire, was first released. "Wya" has played on classic records by Bob, Peter and Bunny, as well as the Abyssinians, Dennis Brown and many others, including U.S. bluesman Taj Mahal.

American born guitarist Al Anderson joined the Wailers a year later, just prior to Natty Dread becoming Bob Marley and the Wailers' breakthrough album in the US. It was Al's playing on hits like "No Woman No Cry" that first alerted rock fans to the Wailers' music, and lent Marley's songs their international appeal during his career. He's played with Peter Tosh, James Brown, Traffic, Ben Harper and Lauryn Hill. He also produced Steven Seagal's first album Songs from the Crystal Cave.

Bob Marley enrolled singer/guitarist Junior Marvin in the Wailers during sessions for the Exodus and Kaya albums, shortly before the band's legendary appearance at London's Rainbow Theatre in 1977. A former rock artist, his solos on tracks like "Waiting In Vain", "The Heathen" and "Jammin" have proven unforgettable, confirming him as one of reggae's premier instrumentalists. Exodus was Junior's first album with Marley and the Wailers and it was voted 'Best Album Of The 20th Century' by Time Magazine. Junior has also played with Ike & Tina Turner, Steve Winwood, Stevie Wonder, Toots & the Maytals, and recently with OAR.

Junior, Al and Wya toured and recorded with Marley until his death in 1981. This places them among the rare few - the only true torchbearers of his legacy - which they memorably helped to create. Now The Original Wailers, with Junior handling all lead vocals, promise to recreate musical history as they continue to spread the message of "One Love."
Media Enquiries
Sydney, Brisbane, Melbourne & AdelaideAngela:angela@ampresents.com