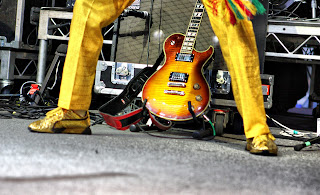 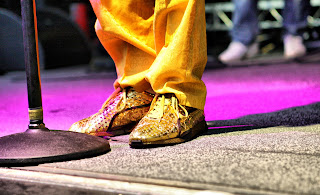 Greetings to everyone, my name is Jimmy Cliff, actor, music innovator, singer, songwriter, music producer, "Artivist", businessman, and much more...
I took on to myself that name with the intension of establishing myself thoughout this Planet, as high as the Cliff's of Adelphi Land where I was told I was born which seemed like the highest peak on the Earth to me as a child.

Adelphi Land is a village in the District of Somerton in the parish of St James Jamaica an Island in the Caribbean sea. That mission of establishing myself is more then half way there.
My parents named me James Chambers at birth and today they remain my hero and "Shero".

I was making music from the day I came out of my mothers woomb and said "AAAH" and I was acting since I can remember I could walk and laugh like my mother.

People would pay me to do that so acting is what I loved to do most and even today I think I am better at that than singing/songwriting.
I discovered I had a very unique voice in primary school and at the Pentacostal Church my family went to.

When the political landscape was changing in Jamaica as the Island had became independent from Britain, so the music was up beat expressing the spirit of the people tothis change hence we got Ska an uptempo upbeat rhythm.

The Sound System was and is an integral part of the Jamaican social scene especially theworking class who rely on this for their entertainment and social life. The middle andupper class fly to Miami and N.Y while the working class depend on the Sound System, which had an impact on my life from my boyhood days in the countryside of Jamaica where I could listen the Sound System at the big upstairs house that was beside the little house where I lived with my Father and my Brother.

This big upstairs downstairs house had a bar called " Money Rock Tavern " where the Sound System called "Pope Pius" would play and this was my me only opportunity to hear different kinds of music especially Latino.

My parents were staunch Christians so I was not permitted to associate with those kinds of music so I had to hide and steel away to go to the fair grounds where dances and fairs were held. I could see and learn the latest Dance moves and hear the latest, Rumba, R'n'B, Calypso, Merengay etc...
A little later in my youth life my Father managed to buy a little battery powered radio so I had another opportunity to tune in to American radio particularity New Orleans and Miami, and of course Cuba which is close to Jamaica only 90 miles away.

On the local radio station I learned of local Artists writing and recording their own songs so I decided to write my own while still in school, quite a fete for a little country boy but I had high ambitions. Among the locals that inspired me wave Derrick Morgan, Prince Buster and Monty Morris.

After leaving primary school at Somerton my father took me to the capital of Jamaica Kingston to go to Kingston technical school, with a few songs in my head I had written.

Where I was going to live was unknown but I ended up in East Kingston. Miss Gwen a stranger Lady said she would cook and wash my clothes while I slept with my cousin in his one rented room.
I was happy to be in Kingston to fulfill my dreams....

I tried many producers while still going to school studing radio and tv trying to get the songs recorded without much luck. I entered talent shows and won some and was cheated on some. One night I was walking past a record store and restaurant as they were closing, I pushed myself in and sang for the Chinese owners of the store and convinced one of them Leslie Kong to go into the recording business starting with me.


My second recording with him Hurricane Hattie became a number one hit in Jamaica. I followed that hit up with Miss Jamaica, One Eyed Jacks, King of Kings and Leslie Kong went on to become King Kong among the producers in Jamaica.
This was the ska era of Jamaican Music.

Chris Blackwell a Jamaican/British music producer/businessman was the point man in the UK for Jamaican Music.
I was on my way to fulfilling my mission when I met him while invited to perform along with other artists at the NY's World Fair.

He invited me to relocate to England after that. My sirjourn to Europe was full of valuable experiences. I recalled the racism I encountered in the UK with my Band, in housing, accommodation and just day to day living. Racism is something I had known even in "Somerton" when spending social pastime at the river swimming and cooking. Some of my friends would say, look I am browner than you, which means it is better to be brown and best to be white which I found out is international racism.

In the UK the difference is you would be told up front we don't rent or sell to blacks whereas in Jamaica racism was subliminally suggested. So racially I had to fight for my identity and my survival. Then musically I had to be flexible to keep working. Culturally I had to learn to overcome the shock.

After about four years in Europe touring and recording I was invited to perform at an international song festival in Brazil which proved very successful for me. I journeyed through all South America touring and writing song in Argentina, Chille, Uraguay, Colombia, Panama and Mexico ending up in Miami where I finished some of songs. Wonderful World Beautiful People was one of them which became my first international hit.


From Miami I went home to Jamaica after 4 years away where I recorded the songs except for Many Rivers To Cross which I recorded in NY where I put the finishing touch on the recordings. I return to the UK with the finished product. The Album was put out on Island Records Blackwell's company as all my other recordings I had done up to that time

I decided to call the Album just Jimmy Cliff even though it was called Wonderfull World Beautifull People in the US.
My mission was increasingly being realised. I continued writing, recording and coproduceding with Leslie Kong one of the hits called Let your Yea Be Yea for The Pioneers, another hit for Desmond Decca called You Can Get It If You Really Want and a minor hit for Millie Small called Honey Hush.

I scored another hit for myself with a Cat Stevens song Wild World. There were a few other minor hits in the UK before I was offered to play the lead role in a movie to be shot in Jamaica The Harder They Come which became a landmark movie and put my career to another level.

I was now being recognised as an actor the thing I love to do the most. This movie also expose the world to the music visually that has now become know as Reggae.

After the movie became a hit in most of Europe, USA, Australia it was not released in Africa and South America as well as most of Asia, I parted company with Island Records.

I went on tour to Africa and parts of the Caribbean. I am know more in South America, Africa and parts of Asia for my music not as an actor. I signed contracts with various major labels such as EMI, Warner Reprise, Colombia, etc...
The knowledge of my culture had increasingly became important to my life as much as my professional life. So from Christianity, Western Political concept, Rastafarian, Black Muslim, Islam, Budisim, Marksisim, Judaisim, Hinduisim and the way of life of the indigenous peoples of the Planet I dived into them all, ending up knowing that all there concepts and philosophies actually originated with my ancestors. This satisfied my soul, and help me during some hard time of my life especially when my mother and father pasted away.

I continued writing and producing Albums that came out on the various labels I signed with as well as my own labels Oneness, Sunpower Poductions etc.. in Jamaica and the Caribbean. I had hits in Africa which were not hits in Europe or USA and vice versa.

My tour of South Africa became controversial as it was during the apartied era, it was an experience that will always stand out in my memory.
Following that tour I went back to Brazil doing a tour with Gilberto Gil. I went on to make another movie called Bongo Man sort of autobiographical sorounding a free concert I did in my District Somerton.

A few years after that I did another movie called Club Paradise along with Robin Williams and Peter Otole and another cameo role with Steven Seagal in Mark For Death writing and recording songs for both those movies.

A collaboration I did with Kool And The Gang during those two movie period resulted in a smash hit world wide except the US called Reggae Night.
Now coming towords the end of the 20th Century I did a cover of Johnny Nash's I can See Clearly Now for the movie Cool Runnings, another World wide hit and a Reggae version of Hakuna Matata for the movie called Lion King a European and African hit.

Humanitarian and Journey of a Lifetime were my two last Albums to close the 20th Century which up to then must be at least 22 studio Albums.
My first Album in the 21st Century is Black Magic which I originally did with Dave Stewart titled Fantastic Plastic People.
It was a new and wonderfull experience for me to do an Album of duets.

Sharing a special moment with each of different artist like Sting, Annie Lennox, Kool And The Gang, Joe Strummer, Wyclef Jean, Yannick Noah, and also Jamaican Artist Tony Rebel, Steeley and Cleevie, Bounty Killer, Spice, Hawk Eye ,Nadz , Tessanne Chin etc..
I hope that you will enjoy it as much as I did.
In January 2005 I did my first full length concert at "Rebel Salute" in Jamaica for many moons.