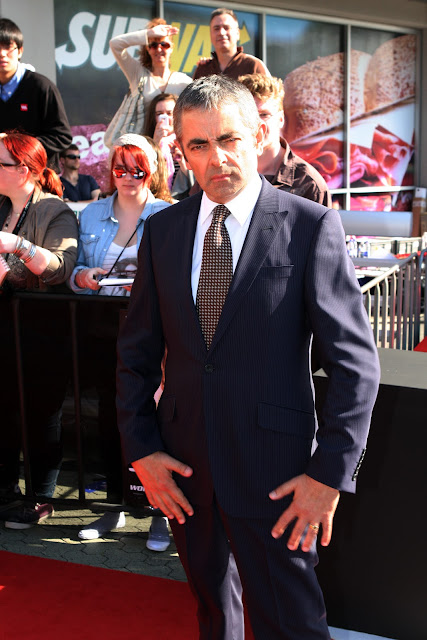 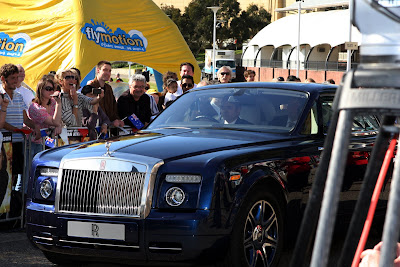 Hollywood megastar Rowan Atkinson did the red carpet at Sydney's Entertainment Quarter aka Fox Studios, Moore Park, this afternoon, in stellar fashion.
About 500 Australian fans and dozens of news media witnessed Johnny English (and his wife) arrive in a dark blue Rolls-Royce. The famous Shaolin Warriors also added a lot to the overall excitement and action at today's premiere.
The UK's 'The Observer' newspaper has him as one of the 50 funniest actors in British comedy, and amongst the top 50 comedy actors ever in a 2005 poll of fellow comedians.
Atkinson has returned to the role of the improbable secret agent who doesn't know fear or danger in the comedy spy-thriller Johnny English Reborn. It's a classic James Bond 007 parody. He's the most unlikely intelligence officer in Her Majesty's Secret Service that you can imagine.  English is trying to stop a group of international assassins before they eliminate a world leader and cause global disasters.
English uses every trick in his playbook to protect the world.
The movie trailers found on the official websites are really funny, and as the blurb reads, disaster may be an option, but failure never is.
Special thanks to Micaela and the team at NBC Universal for helping make the day run so smoothly for us.
If you love comedy, you seriously need to see this film. 4 out of 5 stars.
Director: Oliver Parker
Writers: William Davies, Hamish McColl
Stars: Rowan Atkinson, Rosamund Pike, Dominic West and Gillian Anderson 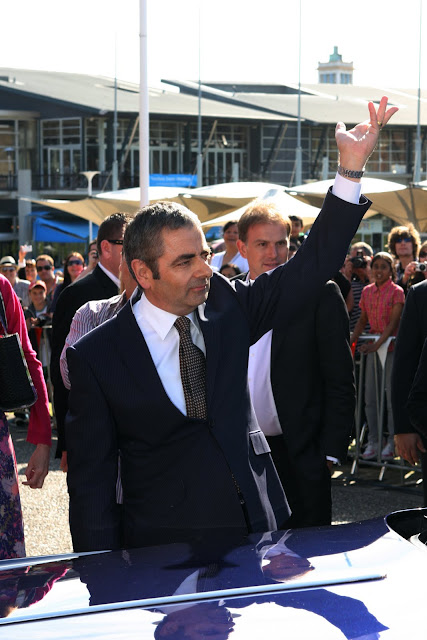 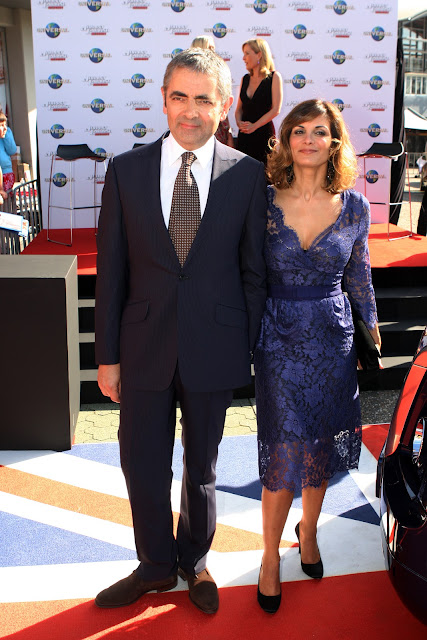 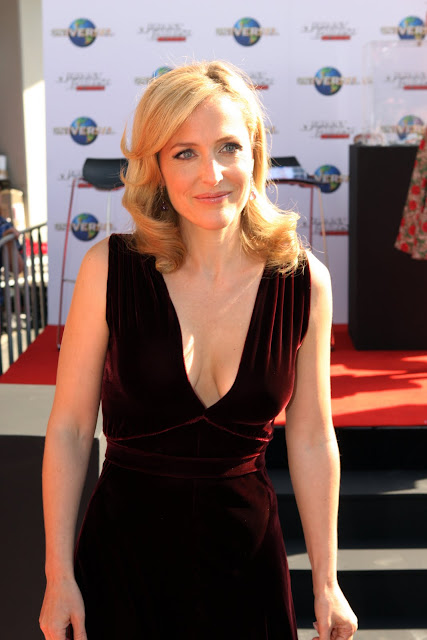 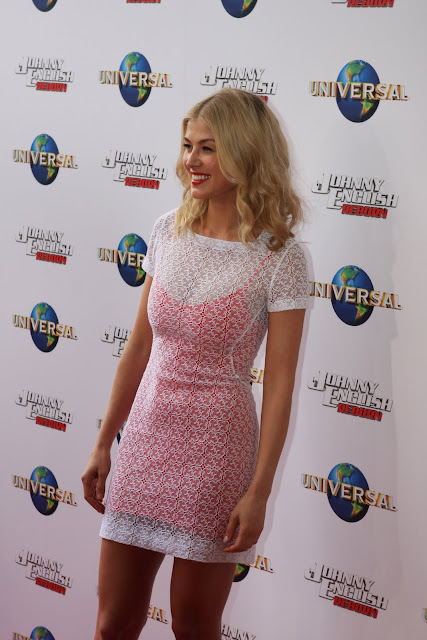