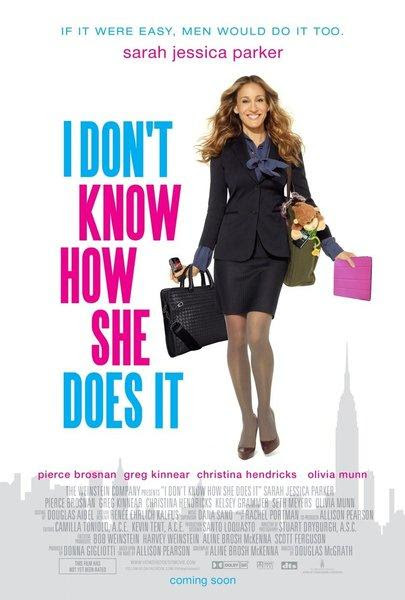 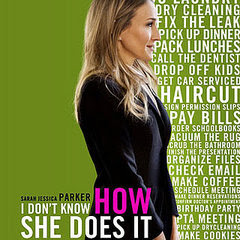 SARAH JESSICA PARKER
TO VISIT AUSTRALIA FOR – I DON’T KNOW HOW SHE DOES IT
One of the world’s highest profile actors Sarah Jessica Parker (Sex and the City) is heading to Melbourne Australia for
the first time in November to promote her latest film I DON’T KNOW HOW SHE DOES IT.
The style icon’s visit will include a press conference, media junket and red carpet premiere event for the release of her
new film I DON’T KNOW HOW SHE DOES IT and attendance at Crown Oaks Day.
National Publicity Manager Inge Burke commented “We are thrilled Sarah Jessica Parker can visit our country and we
are excited to show off Melbourne during Spring, such a beautiful time of the year. Her new film I DON’T KNOW HOW
SHE DOES IT will resonate with so many women as more and more these days balance their family life with their
working life”.
I DON’T KNOW HOW SHE DOES IT also stars Greg Kinnear (Little Miss Sunshine), Christina Hendricks (Man Men) and
Pierce Brosnan (Die Another Day).
Kate Reddy (Parker) devotes her days to her job with a Boston-based financial management firm. At night she goes
home to her adoring, recently-downsized architect husband Richard (Kinnear) and their two young children. It's a nonstop
balancing act, the same one that Kate's acerbic best friend and fellow working mother Allison (Christina Hendricks)
performs on a daily basis and that Kate's super-brainy, child-phobic young junior associate Momo (Olivia Munn) fully
intends to avoid.
When Kate gets handed a major new account that will require frequent trips to New York, Richard also wins the new job
he's been hoping for-and both will be spreading themselves even thinner. Complicating matters is Kate's charming new
business associate Jack Abelhammer (Brosnan), who begins to prove an unexpected source of temptation.
I DON’T KNOW HOW SHE DOES IT
Posted by Eva Rinaldi at Friday, September 02, 2011