Perry is performing here at Crown Casino, Melbourne, tonight at the Logies, and says it'll be quite different to her usual performance.

"I'm very excited because I get to sing one of my favourite songs tomorrow, and I get to do it in a completely different way that I've never done it.

"I love that new, exciting challenge."

"Summer Heights High and Ja'mie is my favourite," she said, having a go at the the character's accent.

"I love her. Obviously I'm a big fan of all those characters.

"And Kath and Kim I love.

Perry is down under for her sold-out California Dreams tour, is the big-name international drawcard for the TV Week Logies.

UK pop singer Jessie J and US Grammy winners Maroon 5 will also hit the stage at the Logies.

Violinist Andre Rieu is also scheduled to make an appearance and there's been rumours all week of Justin Bieber showing.


More glamorous than ever before

The Logies will have extra glamour this year, with the stars set to walk the longest red carpet in the event's history.

Logies organisers have extended the ruby rug at Crown Casino by 80m.

"It is more spacious, more grand and will be more glamorous," event organiser David Grant said.
International stars such as Katy Perry, Maroon 5 and red-hot British singer Jesse J have arrived in Melbourne for tonight's event.

All will walk the red carpet, as will violin maestro Andre Rieu, who is understood to have just hit Melbourne. Rieu also will be a presenter for part of on the evening.

Rebecca Judd, understood to be expecting her first baby early in August, will show off her tummy on the Logies' red carpet, in designer fashion of course.

She will be a commentator on Network 9's Logies fashion special and will attend the gala event as a guest of the station. She will wear a gown by Perth-based designer Aurelio Costarella that has been tweaked to flatter and celebrate her six-month pregnant state.

"My gown is very accommodating for my bump," Judd said.

"Aurelio had some options for me and the one I have chosen is great.

"It really works with the bump there is a lot of draping and so forth on it."

Judd shared that she was revelling in her pregnancy while keeping busy. "The bump is getting really big," she said. "I have been feeling amazing."

"I will be having a quiet night," she said. "All of these after-parties sound fun, but they will have to wait until next year."

Stay tuned as we bring you the action from Crown Casino. 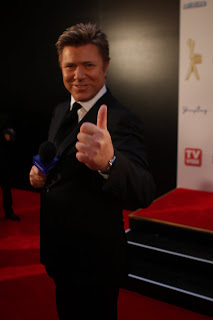 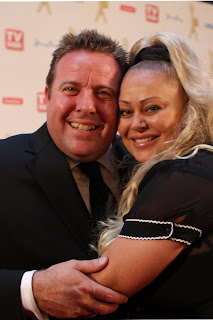 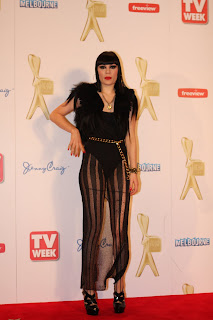 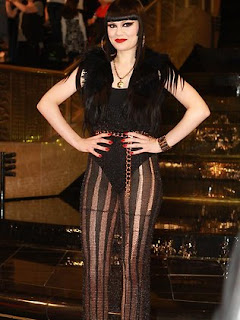 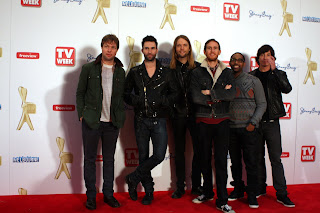