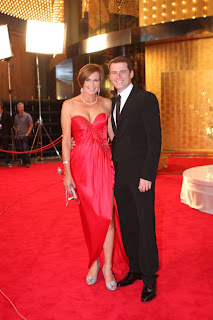 The Australian entertainment industries night of nights was certainly glamorous by Australian standards and delivered strongly in surprises and audience delight.

There were a ton of surprises and its safe to say that the organisers, including the Nine Network, got it right this year.

An emotional and gracious Karl Stefanovic, who won the Gold Logie, paid tribute to his wife Cass for "giving up a promising TV career of her own with the ABC to let me do this and look after our three beautiful kids."

The capacity crowd loved Karl's affectionate words for Network Nine boss David Gyngell -"He's probably at home, in his Homer Simpson undies, scratching himself or whatever he does, but mate, I love you as a boss and more importantly as a friend."

He also remembered his family saying he thanked his "mum for her beautiful soul" and his dad "for your male-pattern baldness, big guy."

The popular TV presenter - journalist disclosed that his mentor was Laurie Oakes: "The reason I am in this business and want to be for the rest of my life."

He had originally promised to stick to soda water, however he left stage with "I'm going to the bar."

Stefanovic threw into his entertaining speech that added he did not believe half of Australia would know who he was "if he wasn't pole-axed on Grey Goose vodka".

"I thought it was career-ending...but I survived it", he said.

"So yes I will probably have two dozen champagnes, a few vodkas and what not, but I will be right for the show in the morning."

On the success on the Today Show he shared: "We're risking things but we're both more confident...I've never been more confident in front of the camera, and I don't want that to sound arrogant, but that comes with the miles I've had on air."

A ton of actors, actresses and presenters made their way to the podium before Stefanovic at Melbourne's Crown Casino looking a bit bewildered as they grasped their viewer-SMS-voted Most Popular awards.

'Our Karl', the Channel 9 Today host and sometimes 60 Minutes reporter who ran away with the Gold Logie from Packed To The Rafters duo Rebecca Gibney and Jessica Marais, who I understand were hot favourites.

The popular awards had the room talking. Asher Keddie of Ten's Offspring, bested Seven's Packed To The Rafters dynamos Gibney and Marais as Most Popular Actress. Another surprise of the TV Week sponsored event was Chrissie Swan of Channel Ten's morning chat show The Circle. She was voted Most Popular New Female Talent...ahead of prime-time personalities Emma Booth, Julie Goodwin, Poh Ling Yeow and Hannah Marshall.

Ten's MasterChef, one of the highest-rating series in Australian television, was nominated for just one award - Most Popular Reality Program - which it won.

Underbelly: The Golden Mile's Firass Dirani won Most Popular New Talent, however his show was beaten by Packed To The Rafters as the viewers' favourite drama.

Channel Nine got more acholades with Underbelly being judged Most Outstanding Drama, while the Most Outstanding Actor and Actress went to Richard Roxburgh (Rake, ABC) and Claire van der Boom (Sisters Of War, ABC).

News media commentators, celebrities and the general public agreed that the strong line up of performing artists, headlined by Katy Perry, made this years Logies one of the best ever.

Stay tuned right here for some exclusive photos and multimedia.

Logies 2001 was more glamorous than ever before

Rebecca Judd, expecting, showed off her tummy on the Logies' red carpet

Rebecca Gibney had been favourite to take home the coveted Gold Logie.

Shane Jacobsen (Kenny fame) was a photographers favorite for the night, putting on all sorts of antics to keep the press pack amused.

Katy Perry was the most photographed star on the red carpet, to little surprise

Crown Casino is understood to have possibly done record business in gaming and at its restaurants and bars, as a positive flow on effect from from the event

Stefanovic is Nine's first Gold Logie winner since Ray Martin won his fifth and final award in 1996. In voting him television's most popular personality, the public has ended a five-year stranglehold on gold for the Seven network. 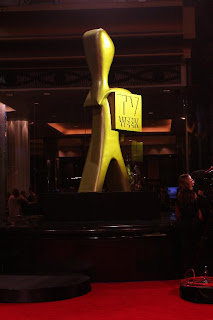 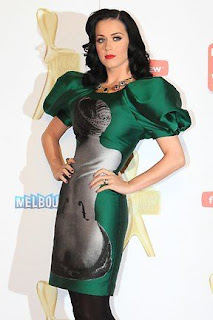 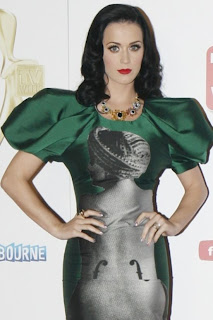 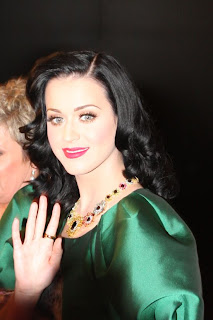 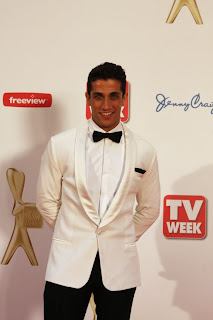 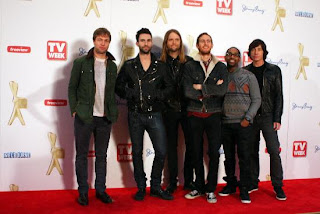 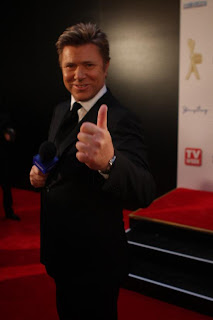 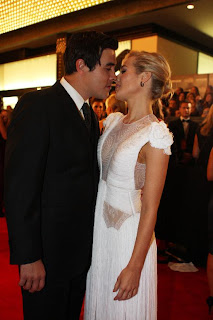