Adele returns to ARIA Album Chart peak as
LMFAO enjoys further success on ARIA Singles Chart…
Revisiting the top of the ARIA Album Chart for a fourth spell, and chalking up twenty-four non-consecutive weeks at the peak, is last year’s global breakthrough album ‘21’ from Adele. The smash hit ‘Sexy And I Know It’ from pop duo LMFAO holds at the ARIA Singles Chart pinnacle for the second week this year, and total of nine weeks overall, as ‘Party Rock Anthem’ featuring Lauren Bennet & GoonRock remains at No.14 after topping ARIA’s End of Year Singles Chart for 2011.

Swooping from No.12 to 2 on the ARIA Singles Chart this week, and experiencing strong sales growth, is Foster The People’s ‘Pumped Up Kicks’, which previously peaked at No.7 in October 2011. Coldplay achieves their third Australian top 5 single and first since 2008, as ‘Paradise’ races three spots up the chart to No.3. The band’s most recent top 5 track, ‘Viva La Vida’, reached No.2 in mid-2008. Climbing back into the top 10 from No.11 last week is ‘Dedication To My Ex (Miss That)’ from Lloyd featuring Andre 3000 & Lil Wayne, which claims its seventh non-consecutive week in the top 10. Local pop/hip-hop artist Timomatic races from No.17 to 12 with the catchy ‘Set It Off’, as Gotye’s former chart-topper ‘Somebody That I Used To Know’ featuring Kimbra moves six spots up the chart to No.15. Blasting a mammoth eighteen spots up the chart to No.22 is ‘Summer Paradise’ from Simple Plan featuring K’naan. Four debuts make their way into this week’s top 40, the highest entry coming from Laurent Wery with ‘Hey Hey Hey’ featuring SwiftKid at No.32, followed by Pitbull’s ‘International Love’ featuring Chris Brown at No.34, Drake’s ‘Take Care’ featuring Rihanna at No.35 and ‘Sorry For Party Rocking’ from LMFAO at No.38.

Over on the ARIA Album Chart, LMFAO’s ‘Sorry For Party Rocking’ returns to its 2011 peak position of No.2, up two spots from No.4 last week. Racing seven spots up the chart to No.6 is ‘Triple J’s Like A Version 7’, which chalks up a fifth week in the top 10 after reaching No.5 last November. Just below at No.7 is Gotye’s ‘Making Mirrors’, up five spots from last week to claim its twelfth week in the top 10 after topping the chart late last year. After achieving a No.7 debut last month, The Black Keys’ ‘El Camino’ blasts from No.17 to 8 to chalk up a second non-consecutive week in the top 10, as ‘Up All Night’ from One Direction jumps five spots to No.9, claiming a total of three weeks in the top 10. Rounding out the top 10 this week is the celebrated former chart-topper ‘Ceremonials’ from Florence + The Machine, which climbs from No.11 to 10 and racks up a sixth week in the top 10.

Propelled by the success of the lead single ‘Pumped Up Kicks’, Foster The People’s debut record ‘Torches’ swoops into twelfth position on the ARIA Album Chart, up twelve spots from last week to revisit the top 10 after reaching No.9 last year. Further notable mentions this week go to Foo Fighters, who blast from No.23 to 17 with ‘Wasting Light’, as both Kimbra’s ‘Vows’ and Beyonce’s ‘4’ shoot eight spots up the chart to No.26 and 27 respectively. Just below at No.28 is P!nk’s ‘Greatest Hits… So Far!!!’, the chart-topping album re-entering the top 40 this week. Also revisiting the top 40 is Bon Jovi with ‘Bon Jovi’s Greatest Hits’ at No.34, ‘Red Dog: Music From The Movie’ at No.37, Foo Fighters ‘Greatest Hits’ at No.38 and The Beatles’ ‘1’ in 40th position. 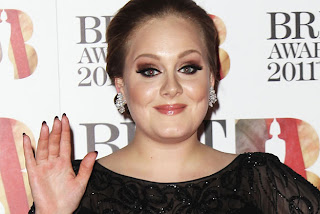