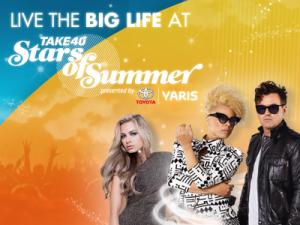 Win tickets to summer’s hottest mansion party at take40.com
The Take 40 Stars Of Summer party, presented by the new Toyota Yaris, returns this year to launch the summer party season in seriously glamorous style. Set against a stunning harbour backdrop, this uber- exclusive, decadent summer soiree will feature intimate live performances from dance music powerhouse Sneaky Sound System and ARIA Award nominee Havana Brown.
Guests will soak up the sunshine poolside at this private house party, mingling with Sydney’s social set, as Sneaky Sound System showcase songs from their new album “From Here To Anywhere”. Having recently collaborated with Jay Z and Kanye West, Sneaky Sound System’s Connie Mitchell is in fine form and a fitting headliner for the VIP party.
As the sun sets over Sydney, ‘Breakthrough Artist of the Year’ and ‘Highest Selling Single’ nominee Havana Brown will hit the decks and perform her singles “We Run the Night” and “Get It” in a follow up to her standout set at the inaugural Stars of Summer event.
Take 40’s mission is to deliver ‘star power’ and last year’s Stars Of Summer party was its pinnacle event – from the A-listers in the crowd to Jamiroquai playing atop a perspex stage over the pool - and was dubbed “one of the parties of the year” by those in the know. The anticipation for this year’s event is high; it’ll be the ultimate pre-ARIA Awards party in a massive week for Australia’s music elite. Take 40’s partnership with Toyota for Stars of Summer is in celebration of ‘living the big life’ – the proposition of the new Toyota Yaris.
The summer launch party will take place at a luxurious $20 million Point Piper mansion, offering a truly money-can’t-buy opportunity for a handful of Take 40 fans to live it large, and filmed for TV and online for audiences around the nation.
VIP tickets are up for grabs at take40.com NOW, and weeknights on the Today Network from November 14.
Live it large with the Take 40 Stars Of Summer party and the new Toyota Yaris. Clever Car. Big Life.
About Take 40
Take 40 Australia® is the nation's biggest and longest running music countdown, using a combination of radio airplay and digital and retail sales data.
The Take 40 chart is the core of an entertainment brand that encompasses radio, online, television and live events.
Hosted by radio’s hottest duo, Kyle and Jackie O, Take 40 Australia is broadcast every Saturday afternoon on more than 80 radio stations around Australia reaching over 1 million people.
With a focus on the biggest stars, the biggest hits and the biggest money-can't-buy prizes, Take 40 Australia delivers the most comprehensive hit music wrap up in the country.
Take 40 Australia is produced by MCM Media, a leading media, entertainment and production company. 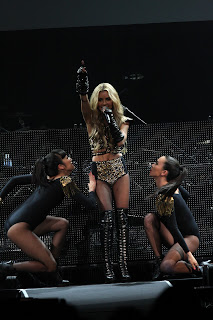 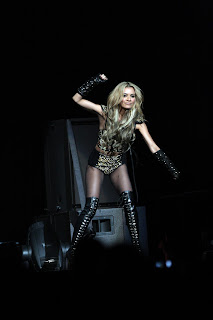