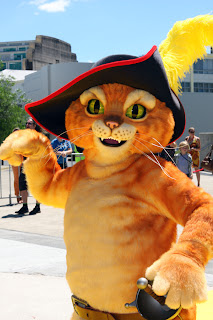 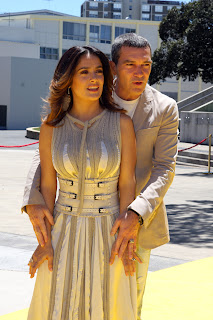 The Puss In Boots Australian premiere took place at Moore Park, Fox Studios today, and it was  quite the cat's meow (and hot alongside the yellow carpet).
It was just about the purr fect time, with the holiday season coming up down under in Australia.
Lots of teen girls attended this this one, with many bringing along their mums.
Sydney media were glued to the yellow carpet and and no kitty litter was required, but bottles of water were popular with the crowd.
Promotional blurb reads "A story about the events leading up to the sword fighting cat's meeting with Shrek and his friends", but that's making it sound too simple.
Vet's and the like will advise you that cats don’t like being sprayed in the face with water. It may go without saying, but most users of a litter box also don’t care to be smacked in the head with a guitar.
Fortunately, we have cartoons like “Puss in Boots” to swing the point home.
Some people know him as Frisky Two Times, some as the Chupacabra. But, most refer to him as Puss in Boots (voice of Antonio Banderas), a feline unlike any other, both because of his famous footwear and his well known cat fighting skills.
After appearing as a sidekick in three “Shrek” movies and numerous holiday specials, it’s great to see an expanded presentation of Banderas’ most beloved role, with Puss bearing more of a resemblance to the famous Zorro. His wicked sense of humour is loved by millions.
DreamWorks Animation and Paramount Pictures have done Puss justice with this production, and we hope the numbers are good for their beancounting friends.  The good news is that it's not a dog of a film.
The puss personality lends itself to fast-paced or is that fast footed adventure and hilarity, to put you and your cat in stitches.
Puss in Boots is a well known entity, but this cat flick also comes across as fresh and very cool for cats.
Australia will not be changing the flicks name to 'Cat In Boots' as the United Arab Emirates has done. Us Aussies remain very high on the original 'Puss'.
Round up the kids of all ages and lick up the action at Puss In Boots. It's truly the cat's meow. 4 out of 5 paws. 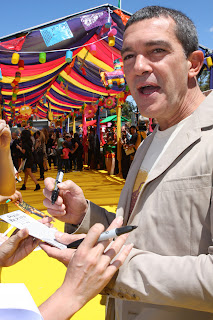 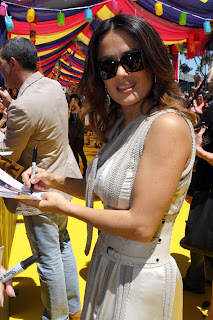 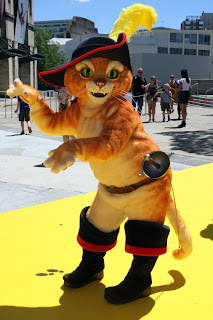 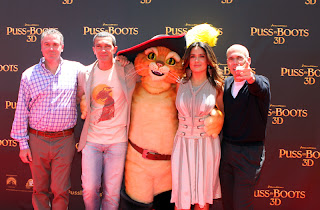 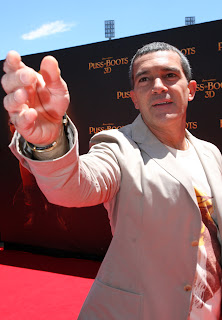 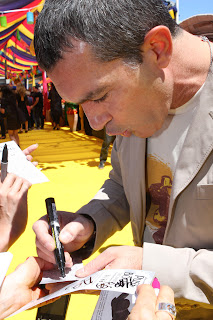 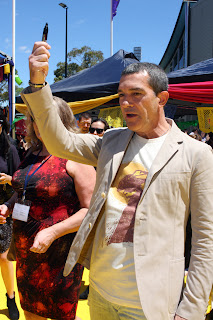 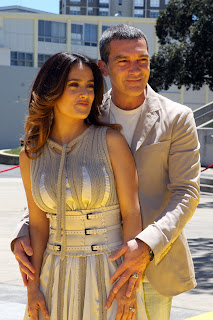