﻿﻿﻿﻿﻿﻿ ﻿﻿﻿﻿﻿﻿
The Vines, the super popular Australian indie rock band originally formed as Rishikesh in 1994, hit St Stephen’s Church, Newtown in Sydney tonight in what was the latest gig under the branding of Live At The Chapel (and as they like to also be introduced as for promotional purposes...."Russian Standard Vodka").

The popular band plays a musical hybrid of 1960s rock and 1990s alternative music as a general rule.

Many folks first became aware of the The Vines' success when they picked up an ARIA Award in 2002 for 'Breakthrough Artist – Single' for 'Get Free' and they also snatched five other nominations for their debut album Highly Evolved, plus two further nominations in subsequent years.

Future Primitive will be released next month - 3rd June in Australia with worldwide release dates to be announced soon after we hear.

Their music style can be categorized as alternative/garage rock. Much of the band's early grungy sound waves can be put down to their beginnings as a Nirvana cover.

The release of their debut album saw The Vines getting named as "the second coming of Nirvana" by the British news media. Nicholls' odd like stage behavior, and raw as heck vocals drew comparisons between him and the late Kurt Cobain.

I was pleased to learn about the bands activism involvement. It was back in '06 they they created a decorated heart card to benefit PETA (People for the Ethical Treatment of Animals). The band showed great passion and support towards stopping Canada's seal hunt, as well as getting involved in many community endeavors on the quite.

Back to tonight, show biz and the music industry being what it is, there was a commercial element or three, that was frankly impossible to miss.  For the record, the Russian Vodka girls were delightful and well attired in grey which reminded me somewhat of the Russian Army, sorry but that came immediately to mind. Oh, did we mention that their were gravestones a plenty in the grounds of tonight's gig. You can get that when you have an event such as this in church grounds.

It was a fun night guys and girls, with the only exception being one particular photographer who was rude to others. I forgive them, thinking that they must have too fully embraced the Russian Vodka theme... maybe you need to find yourself an available Russian mail order bride or something fella. Oh, almost forgot, I just loved the taste of that Vodka... can't get enough of it. Will be buying some for my private home collection. Vines Inc, very keen to hear when you've got your Russian tour coming up to.

Overall, great vibe, music and Nicole the publicist was so sweet and switched on. My camera loved the event also, so I'm thinking that if you haven't bought The Vines latest release yet, you soon will after checking out the pickies and having a listen to some of their vibes on their official website or wherever your getting your Vines fix from these days. Rock on and peace to all. Fantasticheskiĭ (fantastic) for us Aussies. 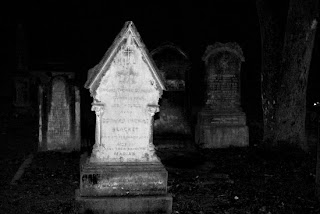 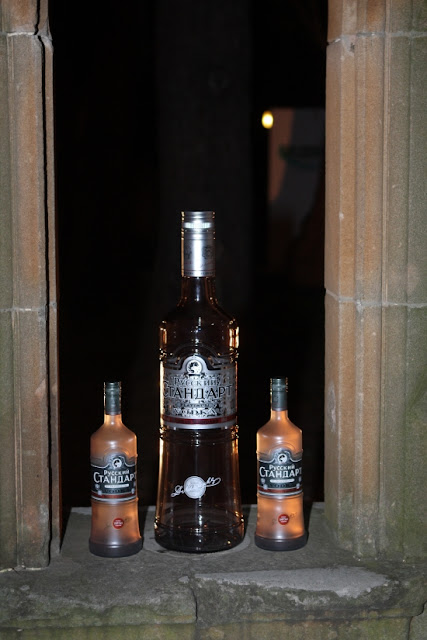 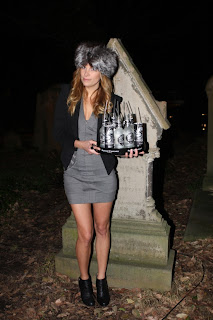 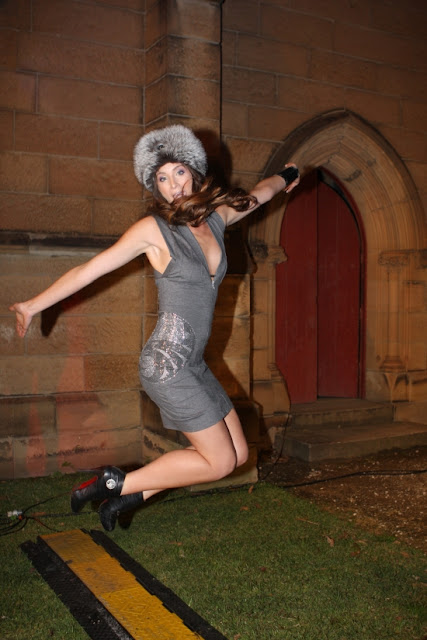 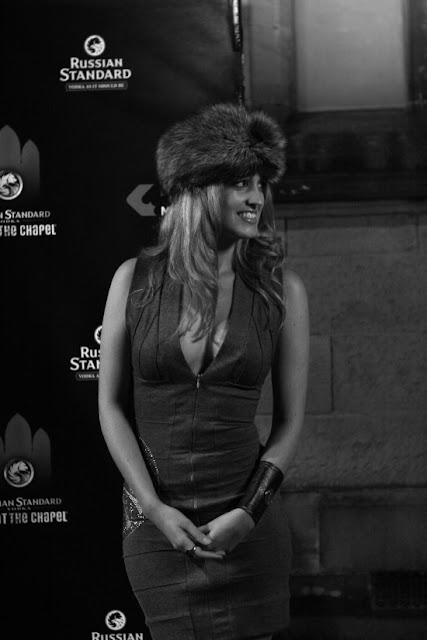 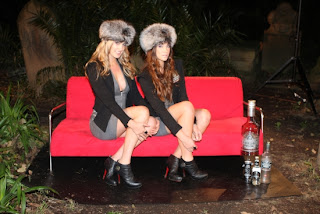 Russian Standard Vodka models on the couch, with bottles of Vodka of course
Websites