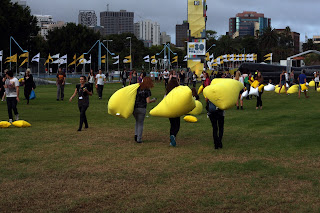 The Australian music industry got a welcome shot in the arm today thanks to media powerhouse MTV Australia, and many backers such as Optus.
The One80Project Festival was held in Sydney's beautiful and large (for the city) Prince Alfred Park.
The park was especially green as for the first few hours we were hit with on again, off again rain, with complimentary yellow beanbags and pillows for the public offering minimal relief. The bags and pillows offered colour and atmosphere, and the fans took to them like ducks to water. A visitor was overheard saying "It's Sydney Swampfest", taking a jab at the weather and muddy patches in the grass, but they said it with a smile on their face, and then went on to sink a complimentary cold beer.
The festival officially started at 5.30pm, but many fans and media showed up early. We think that at its peak there may have been 3,000 at the festival, however that can't be confirmed as the number seems to be a well kept secret and the powers that be are not saying. There was plenty of first aid officers on hand, thank god, as my mate suffered a cut on finger when navigating of boggy patch of mud, and the boys and girls in blue were also well represented, but sadly none on horseback, but that may have suggested that there was only a minimal security risk at the fest.
The VIPs, guest list and media were treated to an undercover - raised area, with an operating bar and bites, but more seating would have been handy. I want to say a big thank you to Paul and Derrick at the bar, who served us early, quickly and with a smile. We later learnt that comedian Rosso was delighted that the bar was open. Rosso also told us that he was impressed that MTV and co had created yet another opportunity to nurture and showcase Australian talent to the world. Rosso didn't mention his old comedian mate Merrick Watts, who went to school with my journo mate at Pittwater High, but he did say there were many beautiful women were at the school, as there was at today's event. The blokes, mainly dressed in smart casual, where mainly very good looking and very intelligent also, as you might expect from Sydney's entertainment, music and media world.
Being a pro photographer, I was delighted that there were plenty of photo opportunities and just some of the friendly souls who I was blessed to photograph included Tim "Rosso" Ross, Craig Wing (NRL player, currently having a season in Japan), Xavier Samuel (Twilight), David Wenham (Lord Of The Rings), Ali Daher (Hollywood Treatment), Georgia Gomen, Nathan Kake (Napoleon Perdis), Katrina McGarry, Maria Bodoeguaard, Andy Cutcliff (When The War Began), Matt Williamsen (Family Tree), Daisy McKenzie-McHarg (MTV), Joe Corrigan (Snobs) and Alana Bowden (Snobs)...the title of their show, not their attitude. Everyone was delightful, and if I forget anyone, sorry, there was so much going on. We loved you all.
It was great to see communications giant Optus get behind the event, but for their sake, I do hope Optus' current enthusiasm for MTV and the music world can be matched in a boost of customer service for their mobile telephone division, of which I've been having some considerable issues with of late.
Back to the festival, it was impressive (for a free fest), and everyone seemed to have a great time.
Aussie Twilight star Xavier Samuel was the guest presenter of the short film festival's Public Vote Award, details of which will soon appear here.
Celebrity judges included David Wenham, actress Kat Stewart, Joel and Nash Edgerton and Animal Kingdom writer and director, David Michod.
The One80project gives aspiring film and TV producers a genuine chance to turn their idea into a shot at the small screen, and then hopefully seeing them progress to the next level of AussieWood, if not Hollywood.
As well as the public vote, awards were passed out for the judges' choice and best student entry, with the judges' pick to be made into a one-hour drama for broadcast on MTV Australia. The full list of winners will soon be published right here!
The festival, now in its fifth year, screened the top 10 finalists and featured a live DJ set by Grammy award winner Mark Ronson with supporting sets from Bag Raiders and Softwar.
Oh, a big thank you to MTV publicist Milly Gattegno who helped get us access to a large number of celebrities with substance, as well as facilitating some top photo opportunities for my company.
A good test on the success of these type of things is to ask the question... would I do it again, and rain, hail or shine, the answer is yes, just as long as my every faithful media team came along with me again too. You rock, and so did the event.
Stay tuned for a confirmation of finalists and winners.
My inside knowledge of the going ons assures me that the substance did match the hype of this enjoyable project, and I'm betting that next year will be even bigger and better. 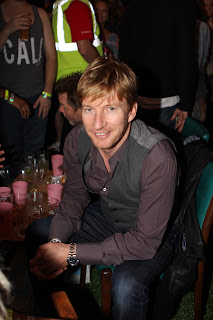 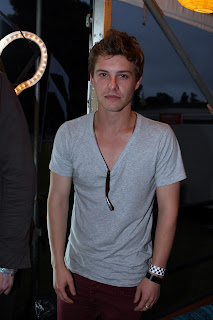 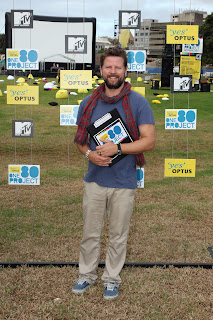 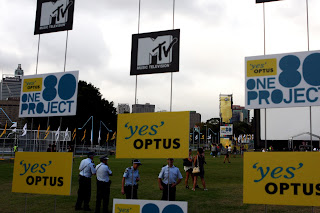