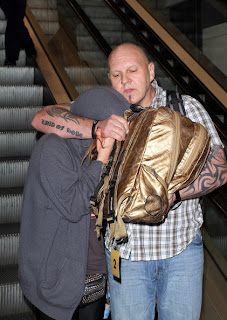 Kesha has been keeping Australian photographers, paps, journalists and fans on the edge of their seats with her Sydney Airport antics, not to mention the rumour mill running wild about something about condoms being painted on her face - a tie in with a sponsorship deal with a condom manufacturer.
The talented performing artist was whisked through Sydney Airport around high noon with a gold bag over her head, escorted by an unidentified male. No, I didn't get a "money shot" photo in daylight, before you ask, but I did get to meet and photograph another celeb, Mark Ronson (DJ, guitarist and producer).
Ok, you want more on Ke$ha... I hear you all you crazed Sydney fans.
Her full name is Kesha Rose Sebert. The sexy and talented American pop singer and songwriter was born March 1, 1987. In 2005, at eighteen, Kesha was signed to Dr. Luke's record label, Kemosabe Entertainment. Her breakthrough came in early 2009 after appearing on Flo Rida's number one single, "Right Round."
K's debut single, "Tik Tok", released in late 2009, reached number one in eleven countries. Her debut album, Animal, was released in January 2010 and debuted at number one in the US, Canada and Greece. Come September, Kesha had sold two million albums worldwide and released three more top ten singles from Animal. The album went on to be re-released with a companion extended play, Cannibal, in November, preceded by the chart-topping lead single "We R Who We R".
Kesha has be influenced by artists such as Madonna, Debbie Harry, Queen, Johnny Cash, Aaron Neville, Bob Dylan and Beastie Boys. Her music incorporates elements of dance-pop, and she uses a spoken word rapping style on many songs.
Now the goss...
The pop star has had her face printed on 10,000 condoms according to number national and international news media reports. She's belted out tunes about Jack Daniels and vomiting in Paris Hilton's wardrobe. Just saying.
Now she's signed a deal with LifeStyles Condoms to have her pretty face plastered on the packets, which will then be fired into the audience at her shows.
An insider shared "You will leave covered in sweat, beer, glitter, and, just maybe, you'll get a special edition Ke$ha condom. If it breaks, you have to name your daughter or son after me." Yeah babe, my camera's also primed for the aptly named "money shot".
The kissable and should we say, kinky one, will blow the roof off the Hordern Pavilion tonight, and then blast Randwick big gig Future Festival on Saturday.
Make no mistake, this go girl goes hard, fast and loud, as should many of her fans when they get blasted with her sounds, not to mention confetti and other foreign material tonight. I don't want to imagine the mess the local council will have to clean up tomorrow morning, and then again at the 'Racey' Randwick Racecourse. As they say, play hard or don't play at all. Rock on. 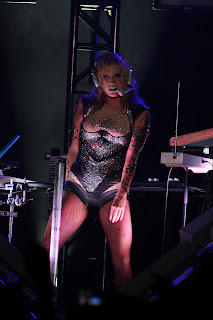 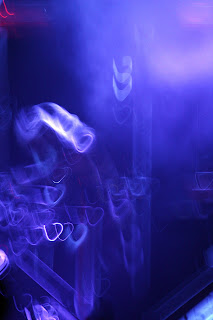 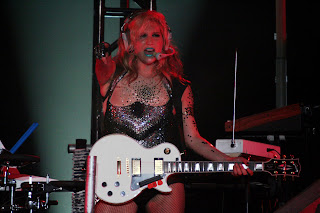 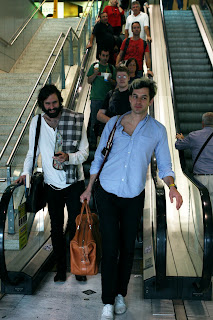 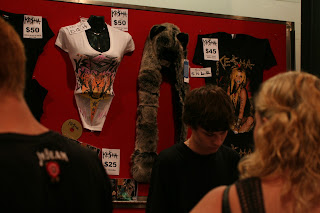