INXS TO ROCK THE HUNTER! Proudly presented by Roundhouse Entertainment. 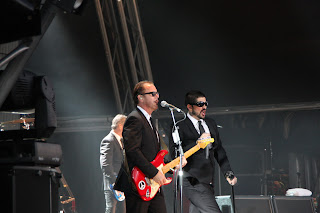 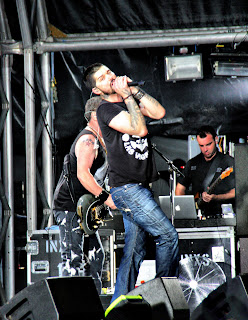 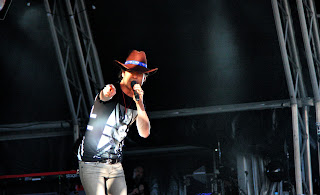 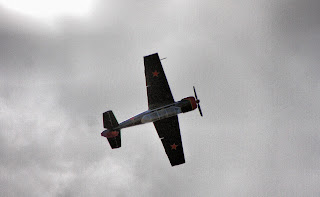 INXS TO ROCK THE HUNTER!
With Train, The Baby Animals and Sean Kelly Bimbadgen Estate – Saturday January 29 2011.An exciting new chapter in the illustrious career of INXS is about to begin, with the announcement of their first Australian tour in four years exclusively for a day on the green to support their eagerly-awaited new album.
The band with special guest JD Fortune will play their only Australian shows at wineries nationally in January/February next year, including Bimbadgen Estate, Hunter Valley on Saturday January 29.
Joining INXS will be US Grammy-Award winners TRAIN, whose blues and folk-infused rock has propelled them to the top of the charts around the world. The reformed Baby Animals and ARIA Hall of Fame inductee Sean Kelly (from Models) complete this stellar line-up.For more than 30 years INXS have maintained their position as a great and consummate globalrock band. With more than 35 million album sold, an enviable reputation for live performance and a collection of master hits that have stood the test of time, INXS remain one of our most-loved and respected treasures.
The band’s upcoming album heralds a new beginning with guest vocalists joining the five band members to rework classic INXS songs into new incarnations. The project has been in progress for the past year, with Ben Harper’s version of ‘Never Tear Us Apart’ released last month as the first tantalising taste of what is to come.Tracks have been recorded by Rob Thomas (Matchbox 20)Pat Monahan (Train), Kav Temperley (Eskimo Joe), hip hop star Tricky and JD Fortune, with more to be announced.The album is a unique, challenging and inspiring way to bring classic INXS songs into the modern era and to a whole new audience.“INXS is really excited to be playing in some great locations around Australia, and to our fans,”
Andrew Farriss of INXS said. “Also having Train, The Baby Animals and Sean Kelly on the same stages we will be playing to their fans as well as ours – so it should be a sight to see. We’ll see you there!”
One of the artists featuring on the INXS album, Patrick Monahan and his band TRAIN will take up the special guest support slot. With their triple platinum #1 single ‘Hey Soul Sister’, the top 5 airplay hit ‘If It’s Love’ and the new single ‘Save Me, San Francisco’ (from the album of the same name) all dominating radio, Train have been re-energised as one of the most successful chart acts of the year. After playing theatre shows here in June, the band are looking forward to the larger winery shows and introducing their music to a wider audience.
THE BABY ANIMALS roared into Aussie rock history with their 8 times platinum self-titled debut album in the early 90s, with hits like ‘Early Warning’, ‘One Word’ and ‘Rush You’ firmly establishing the band, and its charismatic front woman Suze De Marchi. After disbanding in 1996, they made a hugely popular return in 2008, and again earlier this year in the ‘Rock N Roll Symphony’ national tour with Chrissie Amphlett and Diesel.
Suze has recently returned to Sydney after decades in the US, and with original Baby Animals partner Dave Leslie is working on new material and keen to hit the stage again.
The announcement that Models would be inducted into this year’s ARIA Hall Of Fame is recognition of the status this pioneering Melbourne band and its pioneering frontman SEAN KELLY has always held. Emerging from the post new wave scene, Models’ produced ground-breaking albums ‘The Pleasure Of Your Company’ and ‘Out Of Mind Out Of Sight’. Kelly then joined up with friend Wendy Matthews to form the hugely successful Absent Friends. Kelly has continued to work as a producer and performer with his solo combo and leading various Models reunions and makes his a day on the green debut on this tour.
So there you have it – INXS, Train, The Baby Animals and Sean Kelly (from Models),another stellar line-up to continue the celebrations for a day on the green’s 10th birthday season.
EVENT INFORMATION:
‘a day on the green’ is a fully licensed event. Strictly no BYO alcohol. Food will be available for purchase on site or BYO picnic. Picnic rugs &amp; deck chairs are recommended.
For full event information go to <a href="http://www.adayonthegreen.com.au/" rel="nofollow">www.adayonthegreen.com.au</a>.
TICKET INFORMATION:
Gold: $175 plus b/fee
Silver: $135 plus b/fee
General Admission: $105 plus b/fee
For Concert and Dining Package call Ticketmaster on (03) 9685 2477
For coach enquiries, call Rover Coaches (02) 4990 1699
For accommodation enquiries, call Hunter Valley Wine Country (02) 4990 0900
TICKETS ON SALE MONDAY OCTOBER 11
From Ticketmaster.com.au &amp; 136 100
For Media Information:
Chrissie Camp Publicity (02) 9973 3004 chrissie@ccpublicity.com.au
Proudly presented by Roundhouse Entertainment, MAX and LG. GA &amp; SEATS SOLD OUT - CONCERT &amp; DINING ONLY AVAIL.TICKETS STILL AVAIL FOR CENTENNIAL CONCERT WED 26. Aussie rock legends INXS (with special guest JD Fortune) will play their first Australian tour in four years, exclusively for a day on the green, in support of their eagerly-awaited new album.
Joining INXS are US Grammy-Award winners TRAIN, Baby Animals and Sean Kelly from Models.
3.00pm Gates Open
3.45pm Sean Kelly
5.00pm Baby Animals
6.15pm Train