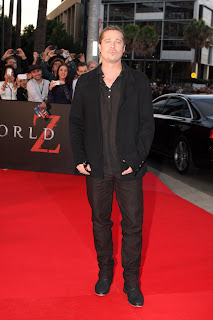 Hollywood heartthrob Brad Pitt has arrived on the red carpet and he looks happy to be at the World War Z Australian premiere.

Dressed in a sharp black suit he waved to hundreds of fans at The Star, before posing for pictures and signing autographs.

It's all part of Paramount Pictures battle for the entertainment dollar, in this case, Australian dollars, as well as being part of the well documented "Aussie Casino Wars", with Echo Entertainment getting a leg up on James Packer's Crown Casino empire on this occasion. Last time we checked Hollywood's Tom Cruise was a Packer secret weapon, but looks like JP would do well to further expand his Hollywood pack; especially since Packer has some money tied up in Hollywood movie productions these days, but that's another story.

Pitt landed at Sydney Airport around 8am on a private jet before being escorted away in a private car to an inner city hotel (which may or may not have been 'The Darling' (part of The Star), another Echo Entertainment enterprise.

Having attended the global premiere of World War Z with his partner Angelina Jolie last week, Pitt is down under for the Australian premiere of the hot action movie.

There's rumours that Pitt's wife, Angelina Jolie, may have also come down under, but there's no photos or witnesses accounts to Jolie's presence.  Maybe she's waiting in the hotel room for Brad... just a thought. 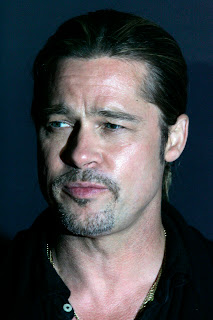 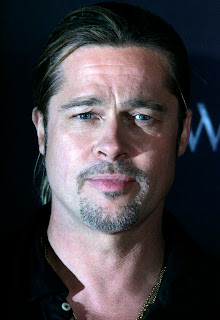 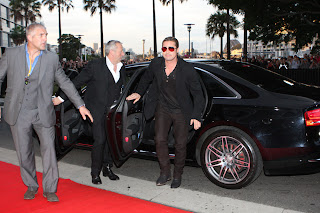 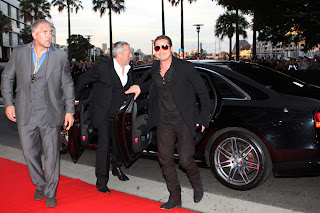 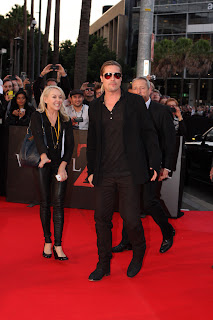 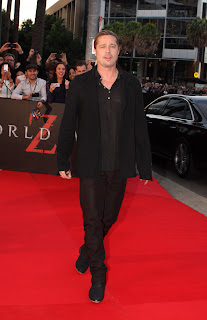 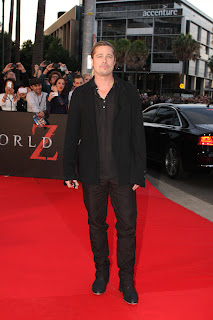 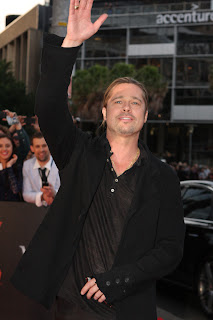 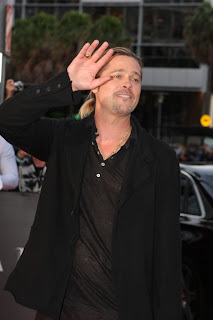 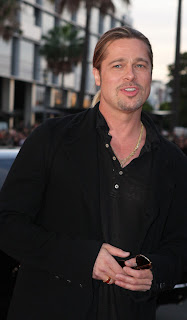 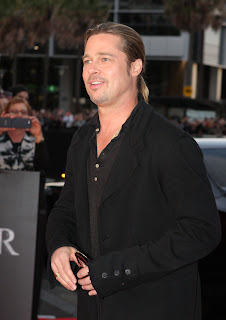 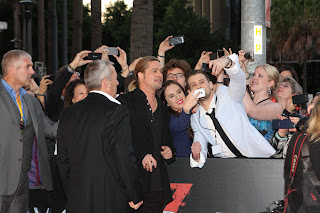 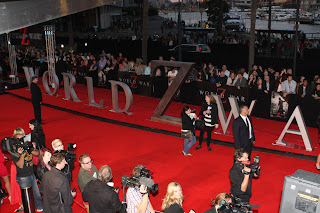 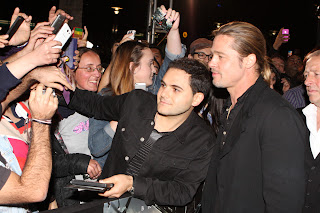 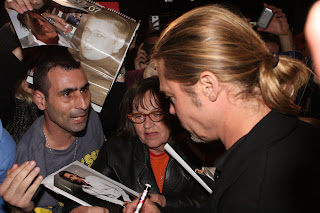 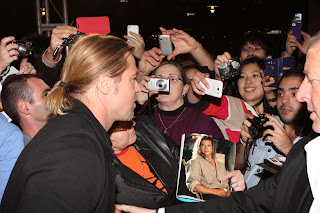 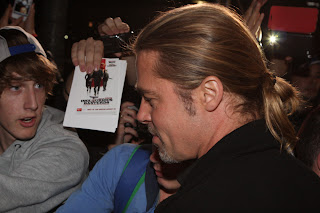 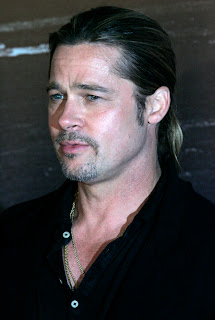 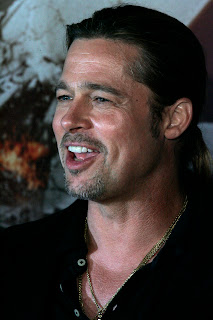 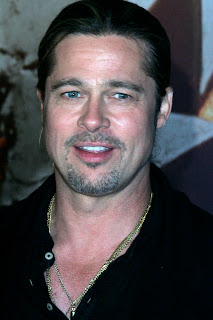