If your a cricket nut you will most likely love this flick, and if your not - you know the rest.

Maybe movie lovers who enjoy multi-cultural relations themes might get something out of it also, but for others - its going to be a very long day at the pitch.

I'm not even convinced that the late, great, Kerry Packer - businessman, sports nut and king pin and mastermind with the World Series of Cricket would have enjoyed this.

If your still not sure, go and see it and make your own mind up sport.

Edward 'Teddy' Brown lives for his suburban cricket club and his two best friends, Rick and Stavros. But when he realizes that his beloved team mates are moving on and growing up, he's forced to take matters into his own hands and remind them of just how good cricket can be. Rallying a boyhood dream and his own teenage obsession, 35 year old Teddy leads his very ordinary cricket team into the extraordinary heart of India, on an audacious three match tour and a mission to meet cricketing legend, Sachin Tendulkar. While Ted's best-laid plans are brought undone by the chaos of India, stumps fly, friendships fray and a life-changing comic adventure unfolds. The dream tour becomes a nightmare and the men are forced to face the realities of their friendship, confront their fears and Ted learns to move with the changing times.

News Update from the cricket pitch:

Curry spent his childhood getting beaten up by three older brothers and a sister while trying to emulate his idols Dean Jones and Viv Richards on the concrete pitch of his Melbourne backyard.

He told news wires that it was perfect preparation to play Teddy, captain of the D-Grade Abbortsford Anglers team in upcoming comedy about cricket and mateship, Save Your Legs.

"I have been accidentally and inadvertently researching Teddy my whole life," Curry says. "My specialty was crying to mum because I was the youngest and that was my only weapon.

"The good thing about our backyard was there were lots of cracks in the concrete so we had a distinct hometown advantage.''

Save your legs is a cricket term for when a batsman cracks an instant boundary which requires no running between the wickets so players can conserve their energy.

In the movie Save Your Legs Teddy soon learns that every aspect of life deserves energy including mateship, family and love - not only cricket.

Teddy is forced to grow up on a tour to India he organises for the Anglers which includes best friends alpha-male Stav MacEvoy (Damon Gameau) and wild-man Rick Shaw (Brendan Cowell, who also wrote the screenplay).

The movie is based on the true story of the real Abbortsford Anglers' 2001 tour to India - which was initially turned into a 50-minute documentary, also called Save Your Legs (2005) and also directed by Boyd Hicklin.

Save Your Legs will be in Australian cinemas on February 28. 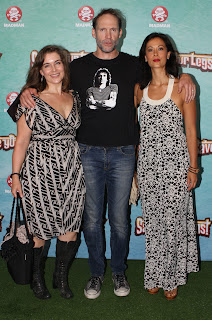 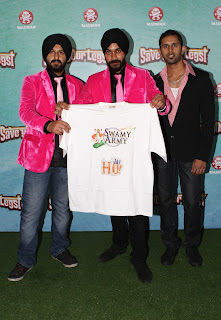 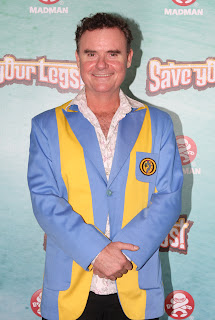 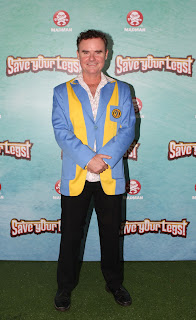 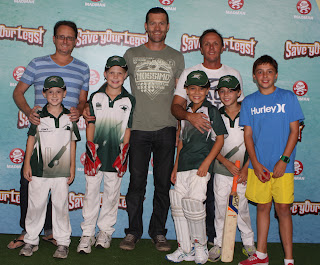 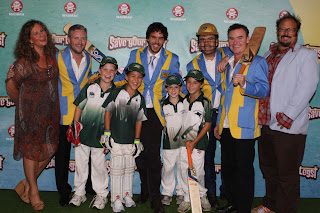 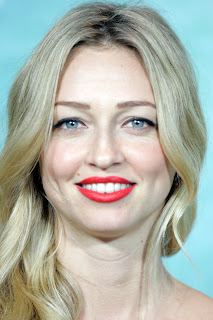 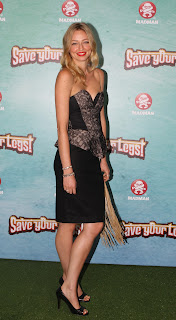 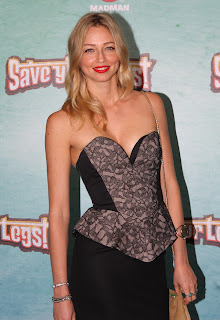 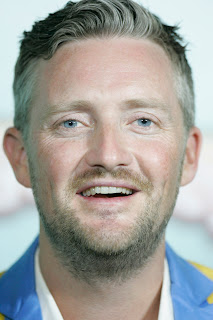 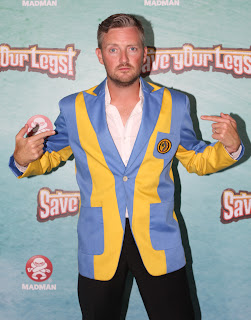 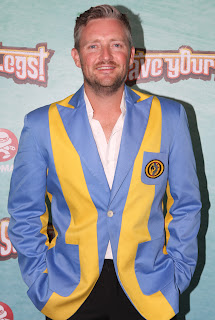 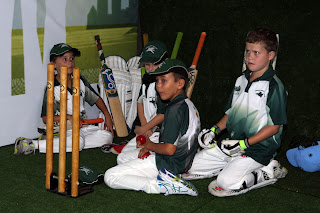