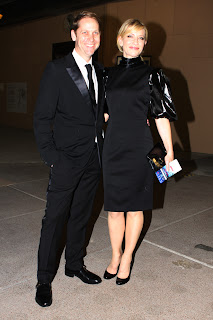 While Nevin won for Belvoir St Theatre's Summer of the Seventeenth Doll and Blanchett for Sydney Theatre Company's Gross und Klein, the award for best play went to Ganesh Versus the Third Reich by the Geelong company for intellectually impaired performers, Back to Back Theatre.

This was the pattern for the night with glamour productions picking up individual awards but rarely clinching the top gong in their categories.

Paul Capsis was best actor in a play for Angela's Kitchen. Also snatched the award for best new Australian work.

But the overall best musical award went to A Chorus Line.

Stephen Page won best dance choreography for ID from Bangarra's Belong, which also earned the award for best score for his brother, David, and Steve Francis.

English company DV8 won for best ballet or dance work for its verbatim theatre piece, Can We Talk About This? at the Opera House.

Opera Australia won seven awards, with Anthony Dean Griffey best male performer in Of Mice and Men and Mitchell Butel best actor in a musical for The Mikado.

But the best opera award went to the State Opera of South Australia's Moby Dick, which won three awards.

The award, named after Sir Robert Helpmann, was established by the Australian Entertainment Industry Association (AEIA). It is similar to Broadway's Tony Awards and London's Laurence Olivier Awards. The awards inaugurated in 2001 and are presented annually in Sydney Australia.

The full name of the Awards is the Helpmann Awards for Performing Arts in Australia. The trophy was designed by silversmith Hendrik Forster.

Since 2010, the awards have been broadcast live on arts channel STVDIO.

Hours before the Australian theatre industry celebrates its success with the Helpmann Awards at the Opera House tonight, 100 top actors and directors have launched a campaign against the use of more foreign performers on Australian stages.

A long list of Helpmann award winners, including actors Richard Roxburgh, Rachel Griffiths and Geoffrey Rush, playwright David Williamson and director Neil Armfield, have signed an open letter to theatre and musical producers, calling on them to renegotiate a 20-year agreement on the use of foreign performers.

For two decades, the number of foreign performers hired for Australian productions has been controlled via the agreement between the producers' association, Live Performance Australia, and the Media, Entertainment and Arts Alliance, in a bid to protect local jobs.

LPA, which represents subsidised and commercial producers and organises the Helpmanns, abandoned the agreement in April and since then has, according to the union, refused to discuss the issue. (Fairfax Media)

Arts Minister Simon Crean, who was not at the awards ceremony last night but sent an adviser, has said the NCP will appear by the end of the year.

In LPA's submission to the discussion paper, Richardson spelled out the sector's need for policies that not only assist production of cultural events but also encourage demand. It also argued for funds to help develop new Australian work and for measures to promote private investment.

A note of discord surrounding this year's Helpmanns concerns the vexed issue of foreign performers working in this country. Earlier this year LPA unilaterally broke its agreement with the Media, Entertainment and Arts Alliance, ending an arrangement to consult the union when producers want to engage foreign artists.

The MEAA yesterday published an open letter to LPA members -- among the signatories are Neil Armfield, Steven Heathcote, Emma Matthews and Rush -- warning that harmony between performers and producers is at risk over the issue. 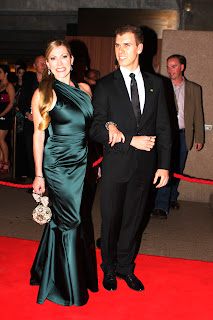 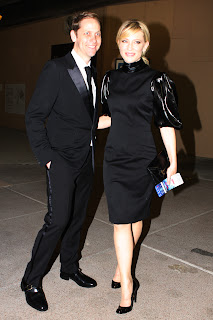 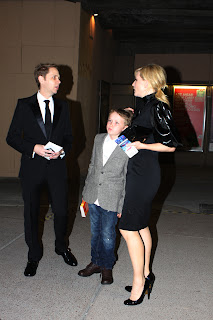 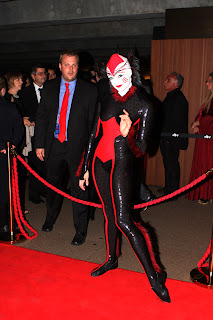 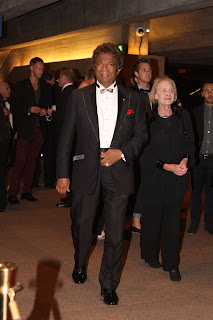