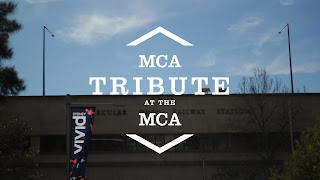 The late Beastie Boy Adam "MCA" Yauch was a multi-talented rapper, producer and humanitarian who enjoyed a strong following the world over.

Last week Sydney based fans Dan White and James Beswick remembered MCA in a touching and creative tribute at the Sydney MCA (Museum of Contemporary Art), and MCA and music fans will be delighted to learn that the tribute was captured on both video and camera, and has become quite the viral hit over the internet (which no doubt would have pleased MCA).

Kym Staton from the Human Statue Bodyart agency was made up to be MCA and sent heads turning in and around the famous Sydney Museum.

A silent tribute in honour of Beastie Boy Adam "MCA" Yauch, who recently passed away after a battle with cancer.

Performed in aid of The Cancer Council.

Yauch was one of the most seminal artists of the last 25 years, helping shape and evolve hip-hop and rock scenes alike. His lyrically anarchy knew no bounds, "spitting" rhymes that were both progressive and philosophical, and thus it was sadly ironic that his death should come due to cancer of the salivary gland.

We salute him in silence, as no amount of intimidation could replicate his genius. He'll truly be missed.

Please give generously to The Cancer Council via the Facebook page. Thank you. 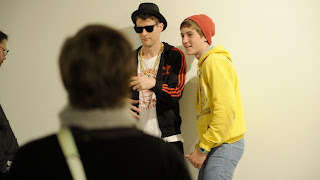 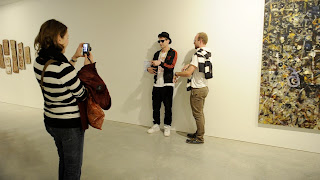 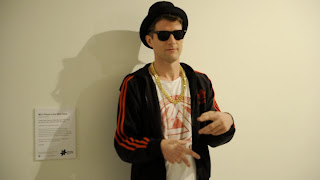