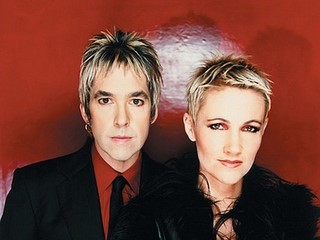 Roxette will release their new album 'Travelling' today, that captures the feel of a band on the roll, constantly on the move and snatching inspiration as they go.

Three years since their 2009 comeback, Swedish pop group Roxette are attaining the success they haven't experienced since their 90's heydays. They've played to almost a million people globally and close to 100,000 people in Australia alone on their recent world tour. On top of that they have sold over 70 million records.

Besides the running between airports, hotels and meeting with fans all over the world the band has also found time to record their new album Travelling, which contains fifteen songs recorded in hotel rooms, studios, at soundchecks and in concert, to capture the vibe of a band constantly on the move.
Posted by Eva Rinaldi at Friday, April 06, 2012