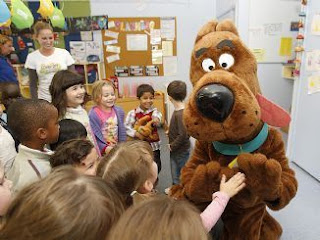 Life Like Touring is proud to bring SCOOBY-DOO LIVE! MUSICAL MYSTERIES to Sydney during the April school holidays. Tickets are selling fast and Scooby-Doo fans are urged to book now to avoid disappointment, as past tours have been a sell-out! In this fun new show, Scooby-Doo and the Mystery Inc. The gang have been called upon to help solve an epic mystery.
SCOOBY-DOO LIVE! MUSICAL MYSTERIES features big musical numbers including the evergreen Scooby- Doo theme song, ‘Scooby-Doo, Where Are You?’ alongside fun new songs including ‘We’re Mystery Inc.’, ‘Round Every Corner’ and ‘A Musical Mystery’.
This rollicking live theatre show brings everyone’s favourite cartoon series to life in a bright and hilarious way. Filled with wacky new characters and hilarious antics, the all-new SCOOBY-DOO LIVE! MUSICAL MYSTERIES has young audiences on the edge of their seats in traditional Scooby-Doo fashion from the moment the lights go down. “Scooby-Doo is one the most beloved and iconic characters in all of popular culture and we are thrilled to be able to bring Scooby and the gang to our Australian and New Zealand fans in a way that is truly spectacular, with a live show that the entire family will love,” says Preston Kevin Lewis, Managing Director, Warner Bros. Consumer Products, Australia and New Zealand.
Don’t miss this Australian-made musical that’s fast becoming a family favourite! SCOOBY-DOO LIVE! MUSICAL MYSTERIES tours Theatre Royal, Sydney and Riverside Theatres, Parramatta during the April school holidays – book now at ScoobyDooLive.com.au
Scooby-Doo’s been delighting families on the small screen for more than 40 years and today, with over 360 episodes aired in 16 countries nearly 50 times per day and over 500 million DVDs sold worldwide, Scooby-Doo is universally adored by boys and girls of all ages. He’s the only dog that makes scary fun, loves solving a good mystery and is totally cool. The latest animated television series, Scooby-Doo! Mystery Incorporated, can be seen daily on Cartoon Network in 2.9 million homes throughout Australia and New Zealand. 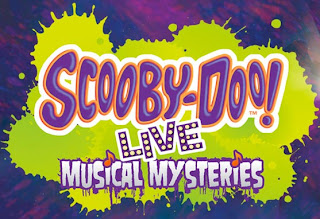