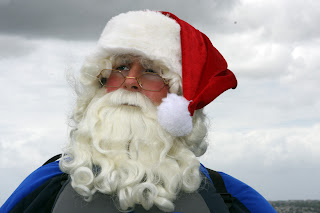 For the first time ever the real Santa Claus visited Australia before Christmas Eve!

Santa parked his sleigh and reindeer at Sydney’s Kingsford Smith Airport yesterday, and this morning he took the world famous BridgeClimb walk over the Sydney Harbour Bridge, with a few very lucky media joining in the fun.

Upon reaching the summit of the climb the Channel Nine News helicopter showed up, catching the world exclusive.

Santa broke into song and did his customary Ho Ho Ho's which were heard far and wide.

Santa is spreading the Christmas spirit and making sure all good kids of all ages get some presents, by teaming up with Target and UnitingCare’s Operation Santa Christmas Appeal. It's the 20th Anniversary of the appeal and the need was more than ever before Santa tipped.

A Sydney based media agent who enjoyed the trip with Santa and the other lucky bridge climbers whispered to other media attending "This is one of the better community initiatives I've seen from corporate Australia teaming up with a charity in quite some time. Top marks to Target, UnitingCare, BridgeClimb, Splash News & Photos, and Channel Nine for getting the exclusive. It's great to see such generosity of heart and spirit at a time in Australia which its so badly needed. I hope other community based organisations and corporates follow the lead".

Now parents (and children) who are not sure whether to believe in the real Santa Claus, you might want to skip this part of the news, as it contains some top secret Santa information...

Every year in Gällivare, Lapland, Sweden, the official international ‘Santa Claus of the Year’ is chosen by an ‘Order of Santa’s’ during the Santa Winter Games. Fourteen Santa’s including their personal assistants from countries such as Holland, Colombia, France, Japan and Germany compete for this coveted title. (Qualifying rounds are held in each country).

The 2011 winner, Stefan Veroude from Holland was anointed by the ‘Order of Santas’ and is officially Santa Clause for the following year.

Stefan is a consummate musical performer and has sung with the likes of Andre Rieu.

Santa Claus says this will be the first time he has ever seen Australia in daylight. "I am going to climb the Sydney Harbour Bridge, visit some children in hospital and play with some kangaroos and koalas.  Surfing on Bondi may be a little too adventurous. I am a little busy at this time of year".

"We are so excited to host Santa Claus when he visits Australia," said Dene Rogers, Managing Director of Target. "When it comes to international celebrities, there really is no one bigger at this time of year".

"Christmas is the season for giving. Santa Claus would love all Australians to support the Operation Santa Christmas Appeal. In partnership with UnitingCare, and now in its 20th year, together we  have distributed 1.7 million gifts to disadvantaged people in local communities.  Donate a gift at Target and show Santa we all care".

WHERE TO SEE SANTA CLAUS:

Lastly, a special thanks to the good folks at BridgeClimb, Target Australia, Drew at AC Agency, and you Santa, for making today possible. Merry Christmas everyone. 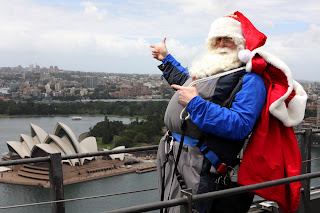 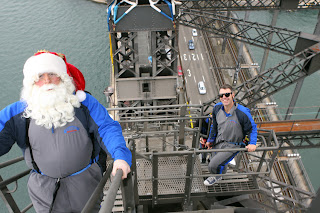 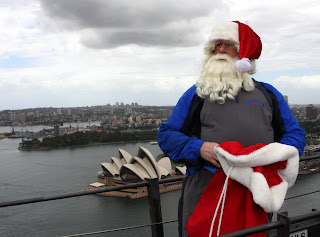 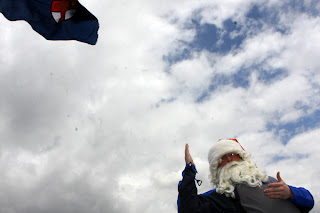 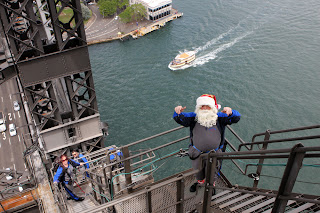 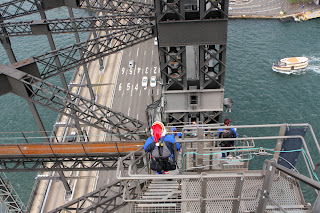 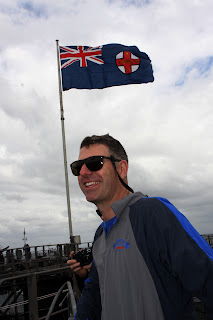 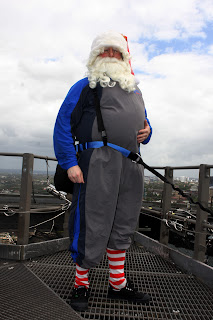 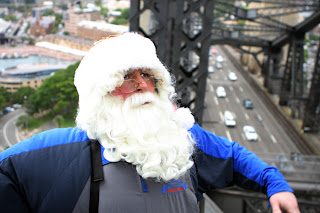 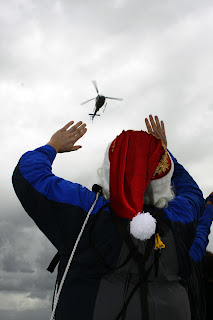 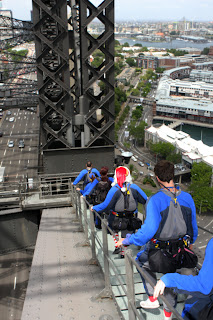 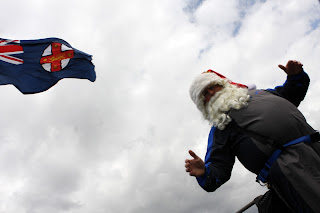 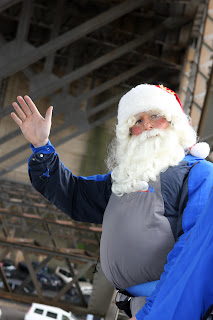