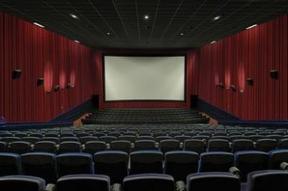 HAPPY FEET TWO
Animated; rated PG; opening December 26
Tap-dancing penguin Mumble (Elijah Wood), has a problem - his tiny son Erik is choreo-phobic. Even worse, the world is shaken by powerful forces and Mumble has has to bring all creatures in the Antarctic together to put things right. Also featuring the voices of stars such as Brad Pitt, Matt Damon, Robin Williams and Pink.

THE IRON LADY
Drama; rated M; opening December 26
Meryl Streep gives a brilliant performance as Margaret Thatcher, Britain's first female prime minister, who overcame gender and class barriers to be heard in a male-dominated world. When in her 80s, she decides to clear out the clothes of her late husband (Jim Broadbent), triggering memories of the key moments in her life and looking at the price she paid for power.

WAR HORSE
War/drama; rated M; opening December 26
Directed by Steven Spielberg, this follows the story of a young man in England named Albert and his horse, Joey, who are separated when Joey is sold to the British army and sent to the trenches of World War I. This follows the horse's journey through the war as he changes the lives of all those he meets, from the British cavalry, to a French farmer, to a German soldier.

WE BOUGHT A ZOO
Comedy/drama; rated PG; opening December 26
Writer/director Cameron Crowe (Jerry Maguire, Almost Famous) makes a return to feature films after six years with this true story of a widowed father (Matt Damon) who moves to a home in the middle of a zoo with his two children. With the help of its devoted head zookeeper (Scarlett Johansson) and the local community, they try to return it to its once-glorious state.

TOWER HEIST
Action/comedy/crime; rated M; opening December 26
Ben Stiller stars as Josh Kovaks, the manager of a luxurious New York City condominium, who along with his co-workers had their retirement fund stolen by one of the billionaire residents (Alan Alda). To get revenge, they team up with petty crook Slide (Eddie Murphy) and plot the ultimate heist to reclaim what was taken from them.

ALBERT NOBBS
Drama; rated M; opening December 26
A period drama about the staff working at Dublin's most luxurious hotel, one of whom is Albert (Glenn Close), a butler with a secret - he is actually a woman, who has been acting as a man 'his' entire life to make money and survive. When a handsome painter arrives at the hotel, he inspires Albert to escape this false life. Also starring Aussie Mia Wasikowska.

THE SKIN I LIVE IN
Thriller; rated MA15+; opening December 26
In the latest film from renowned director Pedro Almodovar, Antonio Banderas stars as Dr Robert Ledgard, a plastic surgeon interested in creating a new skin that could have saved his wife, who burned in a car crash. On top of years of study, he needed: no scruples, an accomplice and a human guinea pig. The first two requirements were easy, but as for the third...

THE SALT OF LIFE
Comedy; rated PG; opening December 22
Gianni di Gregorio wrote, directed and stars in this melancholy comedy as Gianni, a man pushing 60 who lives with his busy wife, student daughter and eccentric mother, and spends his days walking the streets of Rome alone. An old friend suggests he find a lover to spice up his life and he begins dreaming of potential affairs.

DON 2
Action; rating to be classified; opening December 23
This sequel to the 2006 blockbuster Don: The Chase Begins Again, is directed by Farhan Akhtar and stars Shahrukh Khan as Don, who having conquered the Asian underworld, now has his sights set on European domination. Also starring Priyanka Chopra and Lara Dutta.