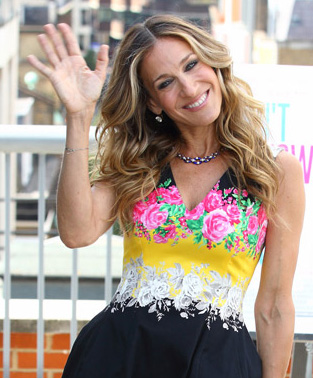 In the midst of Australia's airline troubles, 'Sex and the City' and 'I Don't Know How She Does It' megastar Sarah Jessica Parker changed her flight from Qantas to Emirates just in time for the Melbourne Cup.
Yes, movie stars have been dragged into the Australian airline - strike wars, by default.

The 46-year-old actress journeyed without her family on this occasion and rather came with a staff of seven and went straight to her Crown Casino - Towers exclusive suite.

She will be attending a press conference for her newest film, 'I Don't Know How She Does It" as well as Oaks Day on Thursday.
Parker was spotted in casual dress with basic hairstyle, something fashion press is not used to, especially for international stars to our shores.

At Melbourne International Airport, she jumped to her limo in a plain-ish cotton long-sleeved shirt with black and white striping. Something tells us she will be more dolled up for the Tuesday presser.
SJP is strongly rumoured to be very much enjoying her stay at James Packer owned Crown Towers, part of the Crown Limited and Crown Casino family. We understand that Echo Entertainment's The Star and The Darling, are watching the international celeb visiting space closely, and may have an upcoming offer for her on the table soon. In the meantime, Echo Entertainment has other Hollywood megastar, Leonardo DiCaprio taking up a whole level of their establishment, with the occasional visit by a model or two.

The mega crisis that Qantas airlines have been experiencing of late has also stranded other celebs who are set to be in Australia this week. The list to date includes Khloe and Kim Kardashian, Joan Collins, Kings of Leon, and Sharni Vinson.

Something tells us that SJP will rise above the chaos.
Let's hope she's backed a winner in 'I Don't Know How She Does It' and that her racing picks treat her like a lady also. Any horsing around on the agenda? Stay turned. 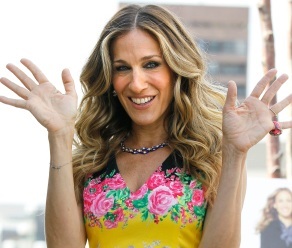