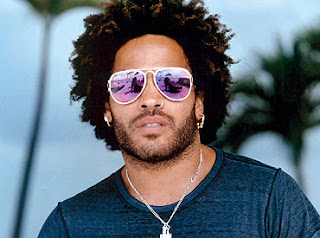 Get ready to rock Australia! McManus Entertainment in association with F1 Rocks is thrilled to announce the return of rock icon Lenny Kravitz to Australia in March 2012. Touring Australia for the first time in 18 years, Lenny will be joined by Irish chart-toppers The Cranberries, and Aussie rockers Wolfmother. In addition to playing Melbourne’s Sidney Myer Music Bowl during the Australian Grand Prix weekend, Lenny Kravitz, The Cranberries and Wolfmother will also be playing shows in Sydney, Wollongong, Brisbane and Perth.
“Not only will rock fans around Australia get to enjoy these three great artists, highlights of Lenny’s performance will be broadcast around the world via the F1 Rocks network to a huge international audience. It’s been 18 years since Lenny Kravitz last toured Australia. Lenny is an international superstar and it’s a pleasure to bring him back here. And it’s perfect timing for those that are at the Grand Prix in Melbourne. Fans can conveniently walk over from the track to the Sidney Myer Music Bowl and enjoy a great night of rock in Melbourne,” says promoter Andrew McManus.
Regarded as one of the preeminent rock musicians of our time, Lenny Kravitz has been producing music for more than 20 years, in a career which revels in the rich influence of '60s and '70s soul, rock and funk. Lenny Kravitz is a four-time GRAMMY Award winner and has sold more than 35 million albums worldwide. His many talents as writer, producer and multi-instrumentalist are on display in his timeless catalogue of eight studio albums – which include the hits Are You Gonna Go My Way, Let Love Rule and American Woman. Lenny Kravitz released his ninth studio album earlier this year, Black and White America (out now through Roadrunner Records) – marking his first release of new material in three years. Black and White America is a rich rock and funk-infused collection filled with Lenny’s signature guitar riffs, compelling melodies and undeniable anthemic lyricism. In addition to the release of his new album, Lenny Kravitz will appear in the upcoming motion picture "The Hunger Games" set for release in March 2012.
"I am excited to return to Australia after so many years away,” says Lenny. “It's going to be a great show and I cannot wait to see all my fans there. We are going to bring it!"
The Cranberries, fronted by Dolores O’Riordan, lit up the charts around the world for more than a decade with classics such as Linger, Dreams and Zombie. They have sold more than 30 million records and have had two number one albums in Australia, No Need To Argue (1994) and To The Faithful Departed (1996). Other live favourites include Free To Decide, When You’re Gone, Salvation, Ode To My Family and Ridiculous Thoughts. After taking a few years off to raise their families, the band are thrilled to be back with their new album, Roses (released next year through Shock Records on February 10), their first record in more than ten years since Wake Up And Smell The Coffee in 2001.
In 2007 Aussie rockers Wolfmother won a GRAMMY Award for Best Hard Rock Performance for their single Woman. This followed ARIA Award wins for Best Group, Best Breakthrough Album and Best Rock Album for their debut self-titled album. The album Wolfmother has been certified 5 x Platinum in Australia (as well as Gold in the US, UK and Canada). Their latest album, Cosmic Egg, was released in 2009 and debuted at number three in the Australian charts (as well as charting in Europe and US).
Put it in your calendar – Lenny Kravitz, The Cranberries and Wolfmother is a rock show not to be missed!
Proudly presented by Triple M, Wave FM, MAX, Channel Nine, Beat, Brag, Drum Media, Scene, Dangerfield and Australian Guitar Magazine.
Websites
McManus Entertainment
http://www.mcmanusentertainment.com/
Lenny Kravitz
http://www.lennykravitz.com/
The Cranberries
http://www.cranberries.com/
Wolfmother
http://www.wolfmother.com/
Flourish PR
http://www.flourishpr.com/
Eva Rinaldi Photography Flickr
www.flickr.com/evarinaldiphotography
Eva Rinaldi Photography
www.evarinaldi.com
Music News Australia
www.musicnewsaustralia.com
Posted by Eva Rinaldi at Friday, November 18, 2011