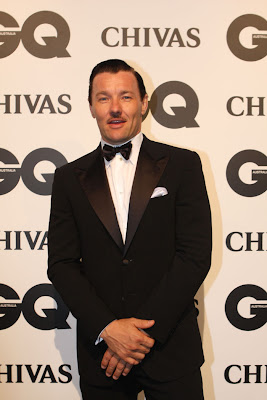 Ladies and gentlemen... your man of the year is wait for it... Joel Edgerton.
To many Joe and Jan Doe's a year ago they wouldn't have known who Joel Edgerton was. Insiders, a spread of actors and a few journalists - yes, but others - not much chance.
It wasn't because of lack of talent or good looks - things just were not going his way.
Man, what a difference a year (and a couple of well received firms and some good PR can make) hey.
Hollywood and AussieWood was sure taking its sweet time with this fine Aussie talent, but all's well that ends well.
Journey back to 2008 and Edgerton had just starred in The Square, a flick he co-wrote and his brother, Nash, directed. Well received by many, but no calls. "I sat in Australia going, ‘No one has called me about working for ages, I don’t know if I’m ever going to get another job.’"
A few small roles came Edgerton's way, then quite again. He wasn't sure if Hollywood wanted him.
"I’ve had a lot of ‘moments’ and near misses, stops and starts in this whole game," Edgerton says "I’ve been in it for 15 years and I’ve done some things that are good and some that are bad, things that deserved more recognition. My whole journey and career has been really interesting but the one element it never really had was any sense of great momentum."
So what's happening for Joel? Last year Animal Kingdom hit the mark. Then Warrior. Would you believe he has three flicks on the way even before the release of Bazmark's The Great Gatsby, currently shooting in Sydney, with a few more projects in the works.
Oh, it was raining cats and dogs outside the awards, with fans getting drenched, and some media also copped a bit of a spray. Our boy Joel was dry as a bone however. Make no mistake, his luck has changed for the better.
Little wonder that brilliant Aussie talent is this year's GQ’s Man of the Year. 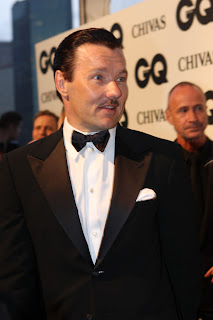