Festival of the Winds: Kites up at Bondi Beach, by Eva Rinaldi - 11th September 2011 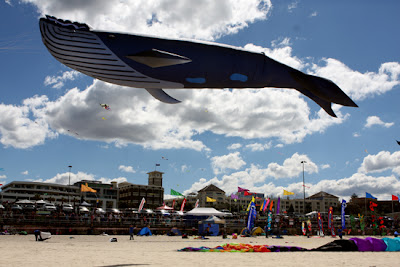 It was on for young and old, as the skies above a magestic and very busy Bondi Beach came alive with hundreds of kites of all shapes and sizes from locals, as well as international kite makers and flyers.


The event officially started at 11am and finished at 4pm, but folks stayed for hours after.
Kites were the main drawcard and both beginners and professionals had a field day, as did the public at large who took it all in. Delta and Free Form kites from the Australian Kite flyers Society members were all the rage, as well as kite designs from India, Malaysia, China and Japan. Personally I loved the giant whale, dragon kites as well as the more arty ones.
Sure, the Festival Of The Winds may be focused on the kites, but today had so much to offer. There was the beautiful weather, big waves, jumping castles, craft workshops, green goon and Captain Cook types dressed to the nines, magic displays, Aboriginal dancers and storytelling (Freeman Dancers from Wiradjuri Nation), Brazilian martial arts dance routines, and my youngsters just loved the unofficial beach wrestling and football.
It was also a photographers dream come true for many keen snappers. I personally took over 200 photos which captured a modest amount of the action.
Waverley Mayor Sally Betts told media prior to the event "Bondi Beach’s sky will be infused with colour with hundreds of kites swaying in the ocean breeze. There are some amazing kites - in the past we have seen a lobster, shark, dragon, cartoon characters and flowers floating above the beach and park.”
“Now in its 33rd year, Festival of the Winds is a definite crowd pleaser attracting professional kite-makers and flyers as well as novices as it’s the only time in the year you can fly a kite at Australia’s most famous beach.”
“Anyone can join in the fun! If you don’t own a kite there are kite making workshops or you can buy one on the day.”
International guests included Peter Lynn from New Zealand and Janneke Groen from the Netherlands.
It's worth stopping by the the Bondi Pavilion Gallery where there is an aerial art exhibition. The good news is that it will run to the 18th September. Michael Richards is the curator and he did a fine job. The exhib showcased a cross-section of kites from across the globe.
Locals seemed to think that between 100,000 to 150,000 people attended The Festival Of The Winds today and its a safe bet that today was a stand out for Bondi Beach.
We're looking forward to doing it all over again next year. Well done to Waverley Council and to everyone involved with putting on a fantastic festival which was world class all of the way.
*photography by Eva Rinaldi Photography 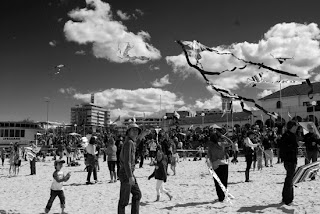 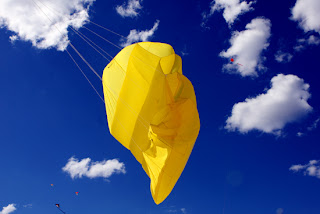 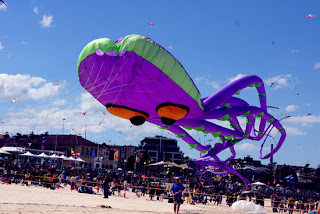 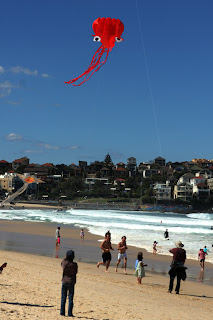 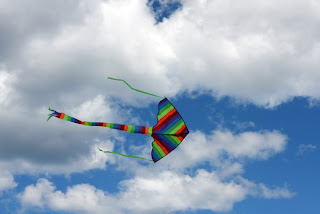 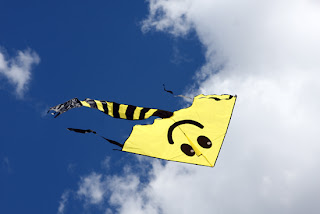 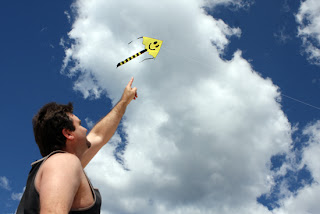 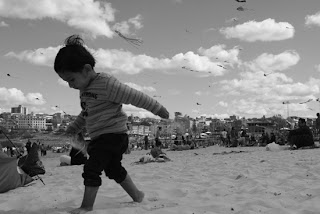 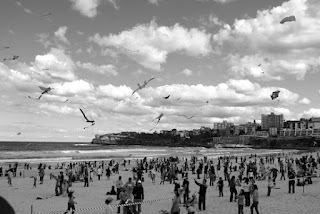 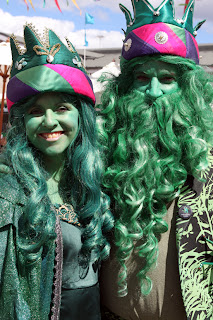