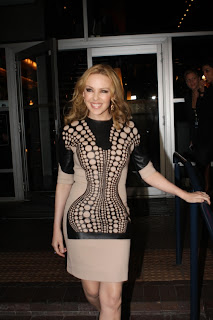 Kylie Minogue mania has hit Sydney tonight, as she continues her Australian tour.

Her loyal fans were out in full force tonight at Sydney's Circular Quay, right outside the Wildfire nightclub to be exact.

By most accounts her Aphrodite (the Greek goddess of love) tour is a mammoth success.

Showing her appreciation, and getting a bit more free press, she decided to throw a "Hello Sydney" party, but as one might imagine only a small percentage of Sydney was actually invited, and the bouncers let it be known.

The remarkable performing artist and social entrepreneur has survived breast cancer and been one of our greatest exports for close to thirty years. Molly Meldrum, the music media living legend said it right when he tipped her bright future back in the live Countdown days.

She's not Charlene from Neighbours anymore - the lady is Australian performing artist megastar, who is known around the world by her first name KYLIE, alongside other talents like Bono.

She's wisely saved her moolah over the years too and is understood to be worth about $61 million, give or take a few dollars.

One of the great highlights of the Aphrodite - Les Folies tour is the colourful and sexy costumes, and her loyal fans are also playing dress up as they embrace Kylie fever, be it in Sydney, Mexico or downtown Las Vegas.

Kylie mania live in concert will continue with an extra Sydney show playing this Saturday at the Entertainment Centre.

Yes, Kylie will be entertaining big time at the iconic Sydney Ent Centre this Saturday so be quick to snap up one of the few tickets remaining.

See you there fellow gods and goddesses. 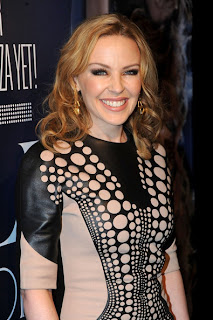