"The Amazing Spider-Man™" Swings Into Comic-Con® 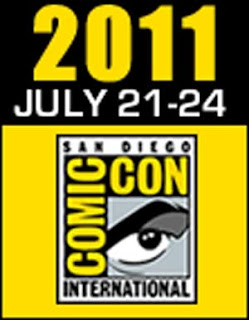 "The Amazing Spider-Man™" Swings Into Comic-Con® - And You Can Get the Opportunity to Represent Spider-Man Fans Everywhere by Becoming the Face of the Fan®
"The Amazing Spider-Man" Face of the Fan Contest Begins Today
CULVER CITY, Calif., June 2, 2011 - In anticipation of the July 3, 2012 worldwide release of The Amazing Spider-Man™ in 3D, the cast and filmmakers will discuss the movie for the first time as they address the fans at Comic-Con® San Diego. One fan can be a part of the action by proving he or she is the ultimate Spider-Man fan in The Amazing Spider-Man Face of the Fan® contest. The contest winner will be the "face of the fan" at Comic-Con, and have the opportunity to meet the talent and filmmakers and conduct an interview with them.
US residents 18 years of age and older can go to www.faceofthefan.com/TheAmazingSpider-Man to enter the contest, which begins today and runs through June 27, 2011. To enter the contest, users submit a sixty-second video of themselves answering the question, "Why should you be the Face of the Fan correspondent at Comic-Con?" Complete rules and instructions are available at www.faceofthefan.com/TheAmazingSpider-Man
All entries will be judged and one winner will be chosen to attend Comic-Con San Diego 2011. The winner will meet the cast and filmmakers, and have a chance to ask them fan questions gathered from the social communities on the web about The Amazing Spider-Man.
The prize includes one trip for two (2 days/2 nights) to attend Comic-Con San Diego 2011, including hotel accommodations, roundtrip airfare, and transportation to and from the hotel, as well as two passes to attend Comic-Con.
Commenting on the announcement, Marc Weinstock, president, Worldwide Marketing for Sony Pictures, said, "We're thrilled to be bringing Spider-Man back to Comic-Con – it's an exciting place to give the fans an inside look into what the new Spider-Man film is all about."
Dwight Caines, president, Worldwide Digital Marketing for Sony Pictures, added, "The Face of the Fan® program is all about connecting fans from all over the country to the films they care about the most by using the web and social networking tools. We expect there will be exciting Spider-Man news coming out of Comic-Con, and the contest winner will be the fan correspondent giving moviegoers everywhere an inside look."
Face Of The Fan® is a Sony Pictures Entertainment initiative that lets moviegoers and TV viewers get involved with Sony Pictures' projects by participating in online casting calls and contests—turning today's fans into tomorrow's stars™. The concept was launched in 2007, tied to Spider-Man 3, when two fans were chosen to bring Spider-Man news to the fans following the film's website. In November 2010, Face Of The Fan began offering casting calls for various Sony Pictures Entertainment films, including such Screen Gems projects as Lakeshore Entertainment's Underworld and Rainforest Film's upcoming Think Like A Man, which is based on Steve Harvey's national best-seller, Act Like A Lady, Think Like A Man. The site also features contests in which winners can have an opportunity to appear on the red carpet at movie premieres, meet or interview talent, filmmakers, and producers, or even go on the sets of their favorite shows. Many exciting opportunities are available through Face Of The Fan®, and this program provides fans with a way to share their enthusiasm and get face to face with key decision-makers and talent.
A Columbia Pictures presentation of a Marvel Studios production, The Amazing Spider-Man, starring Andrew Garfield, Emma Stone, and Rhys Ifans, is directed by Marc Webb from a screenplay by James Vanderbilt and Alvin Sargent and Steve Kloves based on the Marvel Comic Book by Stan Lee and Steve Ditko. The film is produced by Laura Ziskin, Avi Arad, and Matt Tolmach.
About Sony Pictures Entertainment
Sony Pictures Entertainment (SPE) is a subsidiary of Sony Corporation of America, a subsidiary of Tokyo-based Sony Corporation. SPE's global operations encompass motion picture production and distribution; television production and distribution; home entertainment acquisition and distribution; a global channel network; digital content creation and distribution; operation of studio facilities; development of new entertainment products, services and technologies; and distribution of entertainment in more than 140 countries. Sony Pictures Entertainment can be found on the World Wide Web at http://www.sonypictures.com
About Marvel Entertainment
Marvel Entertainment, LLC, a wholly-owned subsidiary of The Walt Disney Company, is one of the world's most prominent character-based entertainment companies, built on a proven library of over 5,000 characters featured in a variety of media over seventy years. Marvel utilizes its character franchises in licensing, entertainment (via Marvel Studios and Marvel Animation) and publishing (via Marvel Comics). Marvel's strategy is to leverage its franchises in a growing array of opportunities around the world, including feature films, consumer products, toys, video games, animated television, direct-to-DVD and online. For more information visit www.marvel.com
SOURCE Sony Pictures Entertainment 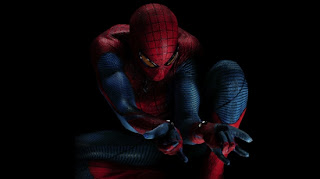