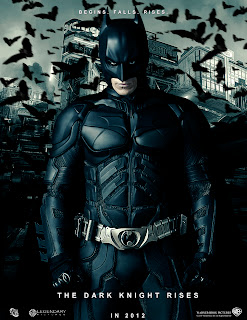 We've seen set photos from India and London, but Warner Pictures has now released the official start of production announcement for The Dark Knight Rises. You can read it in full below:

Filming will take place on three continents, with an all-star cast working under the direction of Christopher Nolan.

In helming "The Dark Knight Rises," Christopher Nolan is utilizing IMAX® cameras even more extensively than he did on "The Dark Knight," which had marked the first time ever that a major feature film was partially shot with IMAX® cameras.  The results were so spectacular that the director wanted to expand the use of the large-format cameras for this film.

Behind the scenes, "The Dark Knight Rises" reunites the director with several of his longtime collaborators, all of whom worked together on the "The Dark Knight."  The creative team includes director of photography Wally Pfister, who recently won an Oscar® for his work on Nolan's "Inception"; production designer Nathan Crowley; editor Lee Smith; and Oscar®-winning costume designer Lindy Hemming ("Topsy-Turvy").  In addition, Paul Franklin and Chris Corbould, who both won Oscars® for the effects in "Inception," will supervise the visual and special effects, respectively.  The music will be composed by Oscar® winner Hans Zimmer ("The Lion King").

The locations for "The Dark Knight Rises" span three continents and include the American cities of Pittsburgh, New York and Los Angeles, as well as sites in India, England and Scotland.