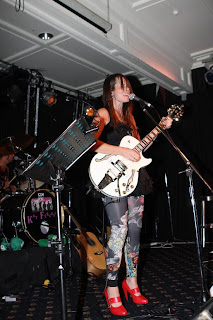 It had been almost year since I had the pleasure of hearing my friend Kat perform her musical genius, in the grounds of the Sydney Opera House no less, so when I found out Kat was going to do her thing close to where I'm based at the very moment in downtown Leichhardt, I jumped at the chance.

I'm pleased to report that Kat's performance has further improved, as impressive as she was way back then.  That's not the only positive change. Kat has two new members to her band. There's Dinesh Ekanayake (base guitar), Tyran Rotondo (drums / percussion) and Chaminda Samaraweera (drums).

Kat's special guests who performed on stage included Jessie May and Cordelia Rotonda.

The evening's support acts were Dan and Noel Trio, Untapped and Angelena Locke.

The songs that most took my liking tonight were Delirious, You Were The One, All He Needs and Boulder.

Without question All He Needs is the most emotive song where one can tell instantly that there's deep meaning and a powerful story behind it. This song is the first song I ever heard Kat perform, and it tells the story of a brave little boy, Jesse, who lost his courageous battle with cancer. Jesse's wish was that other's would be able to survive cancer, and Kat has been spreading the word across Australia for the past few years.

To me Kat sounds rather like Chrissy Amphlett and Sheryl Crow.

She counts her musical influences being Amanda Marshall and the Baby Animals.

I loved the way the night closed off with Kat handing the stage to 3 year-old Cordelia Rotonda who belted out What The Hell with power and finis far exceeding her young age. Cordelia, if you and your parents are reading this, stick with it girl - it appears you have a very bright future ahead of you, and keep learning and having fun with Kat and the band. And Tyran, the super talented 10-year old drummer - you are amazing. No wonder with mentors such as Chaminda sharing his knowledge. It seemed like I was watching a young Peter Criss (from KISS fame) at times, and that is a huge compliment.

As individuals they are all wonderfully talented, and as a unit, they appear destined for greatness and success on all levels, should they be able to maintain the current standard, and just keep moving forward with it.

If you've heard Kat before you know just how great she is, and if you haven't and appreciate great music with heart, passion and meaning, you need to get along to one of her upcoming appearances. 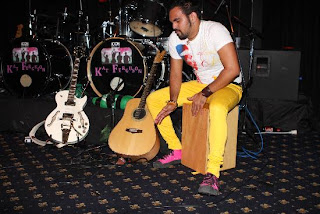 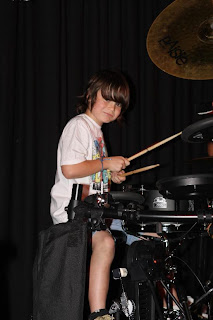 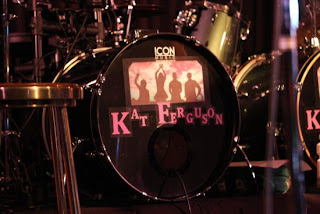