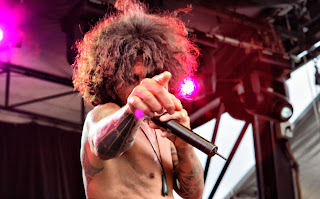 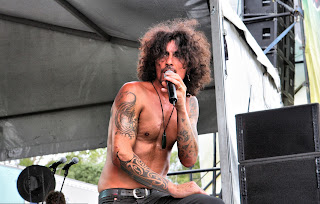 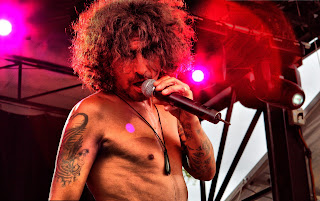 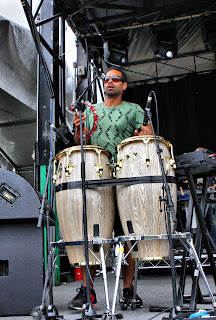 The Red Eyes, described by PBS FM as Melbourne's very own reggae superstars", continue to wow audiences with their unique sound, combining masterfully produced beats, soulful, heartfelt lyrics and grooves, with shake the house dub rhythms that have set a benchmark for Australian Dub/Reggae.

Founded in 2002 as an 11-piece act, The Red Eyes describe themselves as a bit like the hotel California - you can check out anytime but you can never leave. Now with a core group of 7 multi-instrumentalist musical talents, performances can feature up to 12 members onstage, with their recordings including over 30 of Australia's most talented musicians.

The band is led on stage by enigmatic front man El Witeri who draws on his New Zealand upbringing and Maori heritage for inspiration.

Their debut full length release Rudeworld (2007), along with their two EP's Highplace (2004) and Prolific/My Kingdom (2005) has enjoyed solid airplay in Australia, New Zealand, Asia, the Pacific Islands and Canada, collectively selling over 12,000 copies worldwide, and the latest and biggest release to date RED ARMY (May 2010) is already proving to be an even bigger hit that the first 3 releases.

The Red Eyes profile has steadily risen and they are renowned for their larger-than-life festival appearances and successful Australian East Coast tours. They have toured internationally to New Caledonia, and have supported or been billed alongside the likes of The Original Wailers, Horace Andy, Luciano, The Mad Professor, Easy Star All Stars, Dub Syndicate, Salmonella Dub, The Black Seeds, Cornerstone Roots, Concord Dawn, Sola Rosa, Pitch Black and The Resin Dogs to name a few. These shows have received glowing reviews, often claiming that The Red Eyes explosive live show has eclipsed the main act and seen them increasingly billed as one of the headlining acts at major festivals.

'The Red Eyes' fan base flock to hear the Melbourne outfit's party dub sound.' (Rolling Stone Australia, April 2007) '...such is the power of top-shelf dub. True to the spirit and messages of the music's long history, The Red Eyes are breathing new life into dub in Australia and are doing it with soul and authenticity.'

(In The Mix) 'Say what you like about John Butler, he has backed an absolute winner in the form of the Red-Eyes...' (Beat Magazine)