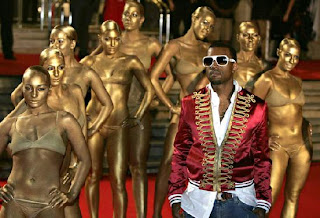 The acclaimed rock music promoter - the legendary Michael Gudinski, is incredibly busy contacting a bevy of band managers and promoter types after making a well received public announcement that Sound Relief 2 will become a reality, sooner rather than later.

The word on the street and in music circles across the national is that Gudinski is tipped to ask Brisbane based virtual rock gods Powderfinger to reunite - perhaps just one final time, for the epic fundraiser, with date schedules for the concerts yet to be finalised nor publicly announced.

The first Sound Relief concerts were held on March 14, 2009 and greatly assisted those affected by the Victorian bushfires and Queensland floods, raising more than $7 million.

Funky radio station Triple J broadcast live music via both venues and the majority of the concerts were screened on Foxtel's Max and Channel V TV stations.

Celebrities partied like it was their last Sunday evening party ever after helping net a considerable $10 million bucks for the Queensland disaster relief appeal on Channel Nine.

Insiders are hopefully that Gudinski will be able to match, if not exceed his first Sound Relief concert and the upcoming event is tipped to attract massive amounts of mainstream and alternative media coverage. It's shaping up to be a huge success on a multitude of levels and will surly be one of the most memorable concerts of the decade.

Some of the bands to perform include Cold Chisel, Kings Of Leon, Katy Perry and Raymond Usher.

We looking forward to seeing you all there.
Posted by Eva Rinaldi at Wednesday, January 12, 2011